Home
Other Information
Criminal Defense Articles
When Might a Warrantless Forced Blood Draw Be Legal?

When Might a Warrantless Forced Blood Draw Be Legal?

California’s implied consent law provides that a driver of a motor vehicle is deemed to consent to chemical testing of his breath or blood for purposes of determining the drug or alcohol content if lawfully arrested for DUI.  This is stated at Vehicle Code § 23612(a)(1)(A).

In 50 Words or Less:  A Forced Blood Draw, Without a Warrant, is Legal in a DUI if Based on an Officer’s Good Faith Belief in its Legality, Even if the Belief is Wrong.

This provision seems to conflict with the Fourth Amendment to the U.S. Constitution, which provides the right to all to “be secure in their persons, houses, papers and effects, against unreasonable searches and seizures.”  This has been interpreted in countless cases nationwide, including within California, as generally requiring police to have a warrant before conducting a search. Maryland v. Dyson (1999) 527 U.S. 465,466, citing California v. Carney (1985) 471 U.S. 386, 390-91.  Other courts have gone further, but with a caveat, stating that warrantless searches are per se unreasonable unless the circumstances allow an exception to the warrant requirement.

There are numerous exceptions to the warrant requirement, but this article will only deal with the “exigent circumstances” exception insofar as it applies to a warrantless, nonconsensual blood draw in a DUI.  The U.S. Supreme Court has addressed this twice.  In the first case, Schmerber v. California (1966) 384 U.S. 757, defendant expressly refused to give blood or a breath sample.  Police then ordered a physician to draw blood anyways, without a warrant and the doctor did so.  The BAC was then measured above the legal limit for DUI. 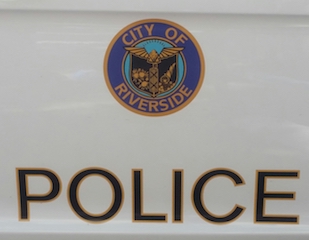 Riverside PD Patrol Door Emblem
Schmerber then moved to suppress the evidence of the blood alcohol measurement, arguing that the intrusion of him below the skin level was a search that required a warrant.  It was a search literally into his body, similar to a search of the inside of a house.  The case made its way to the U.S. Supreme Court, which found the search reasonable and not violative of the Fourth Amendment because the officer was confronted with an emergency due to Schmerber being injured in a car crash and the evidence of his blood alcohol level was being destroyed by the natural processes within Schmerber’s body.  The exigent circumstance was that “[t]here was no time to seek out a magistrate and secure a warrant.”  Schmerber, at 770-71.
Schmerber has been generally interpreted as limited to its facts – a bad car accident and the relatively primitive state of technology in 1966.  The requirement otherwise of a warrant to conduct a blood draw has remained strong, except in unusual circumstances.

In 2013, the U.S. Supreme Court ruled again on a warrantless blood draw without a suspect’s consent.  The case was Missouri v. McNeely (2013) 569 U.S. 141, 133 S. Ct. 1552, 185 L. Ed. 2d 696.  In McNeely, the court ruled that police may conduct a nonconsensual blood of a driver arrested for DUI only if they have a warrant or later show exigent circumstances prevented the officer from obtaining a warrant.

The McNeely court also held that the natural dissipation of alcohol in the suspect’s blood stream did not create an exigent circumstance in every case.  Rather, the government must show on a case-by-case basis that a warrantless blood draw was reasonable under the facts.

In the case of Anthony A. Harris in Riverside County, the Riverside County Sheriff’s Department allegedly paced Harris' Honda at 90 miles per hour near the transition of the 60 and 215 Freeways.  The sheriff at issue also allegedly saw the Honda cross four lanes of traffic without using a turn signal.

The officer told Harris that he was required to submit to a chemical blood test.  Harris was told that if he refused to submit, his license could be suspended and that the refusal could be used against him in court.  Harris then allowed his blood to be drawn.

Harris was then charged with violating Health and Safety Code § 11550(a), being under the influence of a controlled substance.  Harris’ attorney moved to suppress the evidence of Harris’ methamphetamine in his blood, arguing that under McNeely, a warrant was required and was not obtained, making the search a Fourth Amendment violation.

Defense counsel argued that because the officer coerced Harris with the threat of a suspended license or having his refusal mentioned in court, Harris’ consent was forced and not voluntary.

Defense counsel also argued that the blood was not conducted in a professional manner and in a medical setting as mandated by Schmerber, supra.  He argued that blood draws taken by police contractor in a police station do not satisfy, the Fourth Amendment.

The trial court denied the motion to suppress and Harris appealed.  Counsel for Harris, the well-respected Michael Kennedy, argued that the trial court erred because McNeely requires either a warrant or exigent circumstances, unless the suspect gives valid, free, voluntary and unequivocal consent.

The People argued that the consent was proper and that even if it were not, under the good faith exception to the exclusionary rule, the evidence should not be suppressed.

At the appellate division to the Superior Court, the ruling denying the motion to suppress was affirmed.  The appellate division gave Harris hope, however, by stating that McNeely “repudiated the long-standing California interpretation of Schmerber” that the natural dissipation of alcohol or drugs in the blood was itself an exigent circumstance.  However, the court found Harris’ consent to the blood draw was not coerced despite the penalties for refusing to consent.  Moreover, Harris cooperated throughout and never suggested he wished to revoke his consent.  The court also ruled that the blood draw was done in a medically reasonable manner.
The citation for the Fourth Appellate District Court of Appeal ruling discussed above is People v. Anthony A. Harris (4th App. Dist., 2015) 234 Cal.App.4th 671.
For more information about the issues in this case, click on the following articles:
Contact us.