When Is Lifetime Supervised Release Proper for Sex Offender?

Kevin Crowder was convicted of child molestation in the State of Washington.  When he was released from prison, he was required to register as a sex offender under the Sex Offender Registration and Notification Act (“SORNA”) at 18 U.S.C. § 2250(a).

In a Nutshell:  When convicted sex offender violates terms of his initial release from prison, court may impose lifetime of supervised release.

In 2009, Crowder was arrested and later convicted in Montana for failing to register under SORNA.  In merits mention, as it obviously was of some influence to the sentencing court in Montana, that in a separate federal proceeding, Crowder pleaded guilty to knowingly possess a firearm and ammunition in violation of 18 U.S.C. § 922(g)(i), which prohibits a convicted felon from having such items.

In sentencing, the Montana federal court sentenced Crowder to thirty-three months’ imprisonment and imposed a term of lifetime supervised release.  One of the terms of supervised release was that Crowder report to the probation office within 72 hours of release from prison. 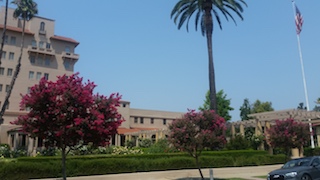 U.S. Ninth Circuit Court of Appeals Pasadena
When Crowder was released from prison, he failed to report to his probation officer.  Crowder also committed a crime in Montana in violation of Montana law, which is what led to his arrest.
In sentencing in federal court on his violation of supervised release, the federal judge ordered that lifetime supervised release was appropriate and sentenced him to fourteen months of prison in connection with failing to register under SORNA.

Crowder admitted that the statute under which he was first sentenced (18 U.S.C. § 2250(a)) for failing to register as a sex offender does authorize a lifetime term of supervised release.  However, he argued that 3583(h) does not.

Consequently, the Ninth Circuit affirmed the trial court’s imposition at a lifetime term of supervised release for Crowder’s failure to register as a sex offender.
The citation for the United States Ninth Circuit Court of Appeal ruling discussed above is United States v. Kevin Leroy Crowder (9th Cir., 2013) 738 F.3d 1103.
For more information about probation conditions and other restrictions for a convicted sex offender, click on the following articles:
Contact Greg Hill & Associates