Penal Code § 1203.067(b)(3) requires that after July 1, 2012, anyone placed on formal probation for an offense that requires registration as a sex offender under Penal Code §290 must waive “any privilege against self-incrimination and participate in polygraph examinations.”

What One Should Learn from This Article:  A requirement of submitting to a polygraph is reasonable for a probationer subject to registration as a sex offender. The reasoning is that for treatment of the sex offender, full disclosure is necessary to make treatment effective. 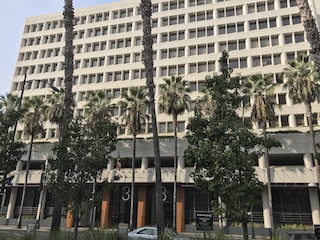 Court of Appeal Sixth Appellate District San Jose
Garcia claimed that if he did not waive his Fifth Amendment right in order to be on probation, he would be sent to prison. In other words, he faced an unreasonable term and condition of probation.

The reader of this article surely must wonder what Garcia did to be faced with such a choice of prison or polygraph, as his argument certainly is more credible if his sex offense was relatively minor.

Garcia’s sex offense, however, was horrific. While age sixteen himself, he forced his nine year old male cousin to orally copulate him repeatedly. To make his cousin do so, Garcia paid him money and punched him in the arm. He also asked the cousin to watch pornographic movies with him.

Garcia was charged with six counts of forcible lewd conduct, Penal Code § 288(b)(1). Garcia admitted to the conduct, even expressing remorse. Due to the severity of the charges, Garcia was initially ruled ineligible for probation under Penal Code § 1203.066(a)(1).

The prosecutor then amended the complaint to allege non-forcible lewd conduct. Garcia then pled no contest to these two counts, limiting his exposure to one year in county jail or three years in state prison, subject to a Penal Code § 288.1 report. The report concluded that Garcia “does not pose a substantial risk of future sexual offending” and the judge sentenced Garcia to probation.

Garcia then appealed the conditions of probation obligating him to submit to polygraph examinations. The appeal was filed in the Sixth Appellate District.

The appellate court began its analysis in People v. Ignacio Garcia (2014 DJDAR 3653) by noting that the Fifth Amendment provides, no person “shall be compelled in any criminal case to be a witness against himself.” However, the court pointed out, there is no law, including in the Fifth Amendment, that prohibits the State from requiring a probationer from choosing between accepting this waiver and going to prison. Moreover, there is no provision in Penal Code § 1203.067(b)(3) that requires a probationer to be a witness against himself. It only requires full disclosure in compliance with the sex offender management program.

The appellate court then discussed Minnesota v. Murphy (1984) 465 U.S. 420, a case that Garcia cited in support of his appeal. In Murphy, Murphy had been placed on probation following a conviction for a sex crime. The terms of his probation required him to participate in a sex offender treatment program and to be “truthful with the probation officer in all matters.” Murphy, at p. 422.

The U.S. Supreme Court noted that a state may require a probationer to appear and discuss matters that affect his probationary status. It then reversed the Minnesota Supreme Court, ruling that Murphy’s statements to the probation officer were admissible against him.

Thus, Garcia’s challenge of the polygraph requirement as a term of probation was denied.

For more information about probation conditions imposed on sex offenders, click on the following articles: