Home
Other Information
Criminal Defense Articles
When Can the Prosecutor Refuse to Plea Bargain a Sentence?

When Can the Prosecutor Refuse to Plea Bargain a Sentence?

In some more serious cases, we encounter a prosecutor who will refuse to plea bargain.  Our client and his or her family sometimes takes this very personally, as if the prosecutor “has it out for you” or is mean.

The Reader’s Digest Version: If a prosecutor refuses to plea bargain at all, it may be because the prosecutor is a jerk.  It may also be because in certain types of cases, including after certain stages of the case, plea bargaining is prohibited by statute. 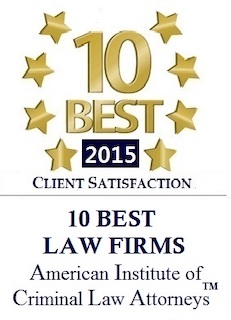 Best Law Firms LCA 2015
The types of cases wherein plea bargaining is prohibited, with certain exceptions, after the preliminary hearing or after an indictment are:

b.    § 288.7 (any person 18 years or older who engages in sexual intercourse, sodomy, oral copulation or sexual penetration of a child (under age 18) at least 10 years or more younger that that person);

i.    A sexually violent offense as listed under Welfare and Institutions Code § 6600(b), which are defined as certain sex offenses when committed by the use of force, threat of force or violence, duress, menace, fear of immediate bodily harm by the victim or to another person, or threat of immediate harm in the future.  Such sex offenses include Penal Code §§ 261 (rape by force or threat of harm), 262 (spousal rape), 264.1 (rape or penetration of oral or anal areas by a foreign object), 269 (rape, sodomy, oral copulation or sexual penetration of a victim under 14 years old), 286 (sodomy), 287 (oral copulation), 288 (lewd or lascivious act upon a person under age 14), 288.5 (continuous sexual abuse of a minor, defined as three or more acts of such abuse), or 289 (forcible sexual penetration with a foreign object) or any violent felony under Penal Code §§ 207 (kidnapping), 209 (aggravated kidnapping for ransom) or 220 (assault with intent to commit a sexual offense) committed with the intent to commit one of the certain sex offenses listed above; or

d.    Penal Code § 667.71 (the person is a habitual sexual offender), meaning the person has been convicted one or more times of the above-listed sex offenses;