Indicated Sentence and Illegal Plea Bargaining by a Judge

It is not uncommon for our clients to encounter a prosecutor who seems to stop plea bargaining, or plea bargain at all in the face of new information.  The prosecutor may not seem to read the police report or, in the case of a DUI for example, to begin and end his or her analysis with only reading the blood alcohol content.  The prosecutor may also seem to take a zealous personal interest in punishment of our client that seems inappropriate.

Brief Synopsis:  A judge is not allowed to plea bargain.  This can happen when a judge tries to persuade defendant to accept a plea bargain using dismissal of certain charges and specified conditions of a sentence to encourage resolution.

In such unfortunate circumstances, a defendant can plead “in the open” to the judge, allowing the judge to sentence him or her as the judge sees fitting to the facts.  Before exercising this option, it is wise to request that the judge indicate the sentence intended by asking for “an indicated sentence,” without accepting it.  This way, the defendant knows in advance if it is wiser to accept the prosecutor’s offer instead.

In the appeal of the Santa Clara County Superior Court case of People v. Clancey (2012 DJDAR 329), the prosecutor challenged the judge’s offer to Wesley Clancey as judicial plea bargaining, which is illegal.

California law prohibits a judge from offering a defendant an inducement to plead guilty or no contest by offering a plea bargain that treats the defendant more leniently if he forgoes his constitutional right to trial, or that treats the defendant more harshly if he exercises his right to trial.  Judicial plea bargaining, more fundamentally, is prohibited because it places the judge in the position of the prosecutor, rather than the position of a neutral overseer of the process.

As might be understood, the prosecutor viewed Clancey as a threat to public safety and as someone who disregarded the law.

Clancey’s counsel made an oral Romero motion to ask the judge to strike the prior strike for purposes of sentencing and stated on the record that he understood from off the record discussions with the judge that the judge would grant this and sentence Clancey to just five years in state prison.  The judge confirmed this on the record.  The offenses carried a maximum possible sentence of sixteen years and eight months, if Clancey were convicted.  If convicted, Clancey also faced a minimum sentence of eleven years and four months.

In reliance upon the judge’s promises, Clancey then entered no contest pleas to each charge and the judge did grant the Romero motion.  The judge then sentenced Clancey to just five years in state prison.

The prosecutor appealed the sentence as being the result of judicial plea bargaining.  The Sixth Appellate District agreed, finding that the Santa Clara County judge did not give an “indicated sentence” as is proper, but engaged in plea bargaining because he made his sentence contingent upon Clancey first pleading no contest to all counts and told Clancey that he could withdraw his pleas and proceed to trial if the judge failed to sentence him as promised. 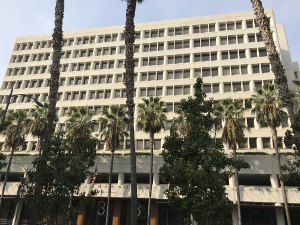 Sixth Appellate District Court of Appeals in San Jose
This activity by the judge, the Sixth Appellate District found, caused the judge to substitute himself as a representative of the People in negotiating a disposition of the case.  The act violated the judge’s duty to remain detached and neutral in evaluating the case and risked appearing coercive to Clancey to waive his right to trial.  Moreover, the extreme leniency of the offer was strongly persuasive toward encouraging Clancey to waive his right to trial.  The Court of Appeal found this prohibited conduct and therefore set aside the plea, sending the case back to the trial court for further proceedings.
The citation to the appellate court decision mentioned above is People v. Clancey (6th App. Dist., 2013) 202 Cal.App.4th 790.  The appellate court decision was then reversed by the California Supreme Court at 56 Cal.4th 562, 155 Cal.Rptr.3d 485.  The California Supreme Court found that the record was ambiguous of what the trial court did, so the judge's conduct was not illegal plea bargaining.
For more information about plea bargaining in general, click on the following articles:
For case summaries of selected cases our firm has handled, click here.