Home
Other Information
Criminal Defense Articles
When Can the Dismissal of Certain Jurors Be Illegal?

When Can the Dismissal of Certain Jurors Be Illegal?

In our experience, when a member of a protected minority, such as an African American or Hispanic defendant, is beginning trial, the class member (our client) often tells us that it is important that the jury contain members of the same protected class.  Indeed, there is a constitutional concept we all grow up with that one is to be judged by a jury of one’s peers.

But what exactly is “one’s peers?”  When the prosecutor is selecting a jury, for example, may he or she may dismiss a limited number of jurors based on a feeling that the juror will be unable to be unbiased, or will be sympathetic?  The answer is yes and the prosecution may even do so without stating a reason.  This is called a peremptory challenge.  Defendant has the same right.  The attorney does not need to state why the juror is being excused. 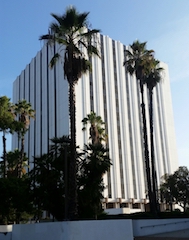 The jury was unable to reach a penalty verdict and the judge in Compton then declared a mistrial.  The judge then impaneled another jury.

During jury selection for the second jury, questions were asked in writing to each potential juror about their employment status, as well as other questions in a written juror questionnaire.  The judge then orally asked the jurors many of the questions.

Prospective juror F.J., an African-American, answered that he was a driver with United Parcel Service and had been so for 18 years.  He had never been in a supervisory position.

Prospective juror J.S., also an African-American, designed telephonic circuits for Pacific Bell, where she had worked for 30 years.  She also never had a job in a supervisory position.

The prosecutor then exercised her peremptory challenges to dismiss both J.S. and F.J., leaving the jury with just one African-American and eleven Caucasians.  The jury then sentenced Chism to death.

Chism appealed the sentence, arguing that the prosecution was biased against African-Americans because its peremptory challenges of J.S. and F.J. were only based on race.  The law under Batson, supra, and Wheeler, supra, is that when this is alleged, the trial court must first determine if the challenge was based on race.  If this is determined to be so, the prosecution must then demonstrate that the challenges were made for a race-neutral reason.  Third, the court must decide if there was purposeful discrimination of an illegal nature.  At the trial court level, the prosecutor defended her peremptory challenges of each juror on the basis that neither had any supervisory work experience.  The trial court agreed that this will not racial discrimination and denied Chism’s motion.

Chism then appealed through the appellate court level and up to the California Supreme Court, which affirmed the trial court (People v. Calvin Dion Chism (2014 DJDAR 5615)).

The reader of this article may rhetorically ask whether such a purported basis for a peremptory challenge is credible.  Lack of supervisory experience?  How is that relevant to a murder and robbery case?

The California Supreme Court addressed this important issue.  The court wrote that it can analyze this by evaluating the prosecutor’s demeanor, by how reasonable or improbable the explanations are; and by whether the proffered reason has some rational basis in accepted trial strategy. People v. Lenix (2008) 44 Cal.4th 602, 613.  The reviewing court must accord great deference to the trial court’s ability to distinguish bona fide reasons from sham excuses.  So long as the trial court makes a “sincere and reasoned effort to evaluate the justifications offered, its conclusions are entitled to deference on appeal.” People v. Manibusan (2013) 58 Cal.4th 40, 76.

In reviewing the trial court record in Chism’s case, the Supreme Court found the trial court made such sincere and reasoned effort and thus, affirmed Chism’s sentence.
The citation for the California Supreme Court ruling discussed above is People v. Calvin Dion Chism (2014) 58 Cal.4th 1266, 171 Cal.Rptr.3d 347, 324 P.3d 183.
For more information about sentencing and court proceedings, click on the following articles:
Contact Greg Hill & Associates