Home
Other Information
Criminal Defense Articles
When Can a Prior Juvenile Offense Be Used As a Prior?

When Can a Prior Juvenile Offense Be Used As a Prior?

Generally speaking, a juvenile court “adjudication” is not considered a conviction and consequently cannot be used as a prior conviction.  Welfare & Institutions Code § 203.

There are many provisions of the Penal Code that confirm this general rule.  For example, Penal Code § 1210.1(b)(1), concerning eligibility for probation, does not include prior juvenile adjudications as disqualifying offenses.  People v. Westbrook (2002) 100 Cal.App.4th 378, 383.  Likewise, prior violent misconduct as a juvenile cannot be used as a prior crime of violence under Penal Code § 190.3(c) in alleging eligibility for the death penalty, but such an adjudication is admissible as an aggravating factor under § 190.3(b).  See, e.g., People v. Taylor (2010) 48 Cal.4th 574, 652.
Similarly, a prior juvenile adjudication for a serious crime cannot be used under Penal Code § 667(a)(1) as a prior serious crime to make an adult eligible for a five-year sentence enhancement. People v. West (1984) 154 Cal.App.3d 100 (interpreting then § 667(a), which is now § 667(a)(1)).  Finally, before Proposition 47 removed Penal Code § 666 (making petty theft with a prior a “wobbler” felony), a juvenile adjudication for petty theft could not be considered a prior under § 666.  In re Anthony R. (1984) 154 Cal.App.3d 772.
However, a conviction of a juvenile in a case transferred to adult court (now after a fitness hearing under Proposition 57), may be used as a prior conviction even if the defendant was still a minor at time of sentencing and even if he or she was then committed to the Division of Juvenile Justice (formerly California Youth Authority). People v. Shields (1991) 228 Cal.App.3d 1239, 1240; see Penal Code § 667.5(j); see also People v. Level (2002) 97 Cal.App.4th 1208 (by failing to assert right to juvenile adjudication at time of prior conviction, defendant waived any right in subsequent prosecution to have prior treated as a juvenile adjudication). 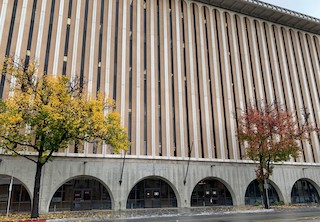 In addition to eligibility for enhanced sentencing under the Three Strikes law, a juvenile adjudication for a “super strike” (i.e. murder, rape, carjacking, mayhem, etc.) can also prevent resentencing under Prop 36.  People v. Arias (2015) 240 Cal.App.4th 161.
Such “use” of a juvenile adjudication to enhance a sentence or prevent resentencing has been challenged on many grounds, including that in a juvenile proceeding, there is no jury.  All adjudications are through a court trial with just the judge determining guilty or innocence.  This has not been enough to classify such treatment as unconstitutional.  People v. Bowden (2002) 102 Cal.App.4th 387, 391; People v. Nguyen (2009) 46 Cal.4th 1007, 1014 (challenge on grounds of no jury trial).
For more information about juvenile “priors,” please click on the following articles:
Contact us.
Serving Torrance, Long Beach, Compton, Airport Courthouses and Other Courthouses.