Our office frequently is asked about how to have someone released from jail or prison for a funeral, a wedding, a birth, a high school or college graduation, a major surgery of a family member or some other important “milestone” event.  Other times, the caller will simply naively ask, “he already served fifteen years, can they just release him now – he’s done enough time?”

Brief Synopsis: To have successfully have the CDCR recommend to the sentencing judge to release someone from prison as a compassionate release (under Penal Code § 1170(e)(1)), one must show the prisoner has a terminal illness causing him less than six months to live and is not a danger to the public.

We recently had one caller who asked if her fiancé could be released for a week to accompany her and her family on a vacation.  Our answer to that question was that permission for such a temporary furlough is “unlikely.”
What the caller often has in mind, but cannot articulate is “compassionate release,” or early release from prison under Penal Code § 1170(e).  As one can imagine, if the state previously determined that it was in society’s best interest to place a person in prison, compassionate release is limited to narrow conditions.
The case of Rafael Servin illustrated just how difficult it is to obtain permission for compassionate release.  Mr. Servin was convicted of murder and participation in a criminal street gang.  At trial, the gang and firearm sentencing enhancement allegations were found to be true.  He was sentenced to life without the possibility of parole plus 25 years to life.
Mr. Servin was then later resentenced to a shorter term under Miller v. Alabama (2012) 567 U.S. 460 because he was sixteen years old when he committed the murder. 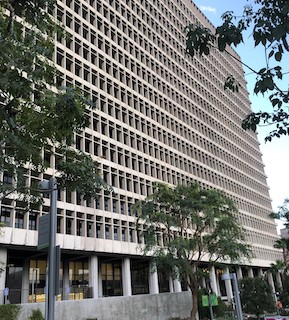 Clara Shortridge Foltz CCB
In May 2018, the Secretary of the California Department of Corrections and Rehabilitation (the Secretary) requested that the trial court judge recall Servin’s sentence under Penal Code § 1170(e) on the grounds that Servin had less than six months to live and no longer posed a threat to the community.  The Secretary’s request was supported by a diagnostic study and evaluation report and a medical evaluation.
The trial court (Judge Richard King in Orange County) conducted an evidentiary hearing under 1170(e) and denied the request for compassionate release.  The judge denied the request, framing the issue as “should the court under the circumstances of this case allow the defendant to go home and die with his family?”
The judge added, “there’s no question from the record that defendant has a terminal illness.  There is also no doubt to me that defendant has less than six months to live as of the date of the letter.”  The judge went on, pointing out that the victim of Servin did not get to go home to die with his family around him.
Servin filed a timely notice of appeal to the Fourth Appellate District, but he died shortly thereafter in prison while the appeal was pending.
Normally, the Fourth Appellate District would then consider the request and the issue moot.  However, in this case, it saw fit to rule on Servin’s appeal nonetheless because it found the issue to be one of broad public interest.
It then reversed the decision of Judge King.  In People v. Rafael Servin (2019 DJDAR 686), the appeals court reviewed first the standard for compassionate release under 1170(e)(1) as having two fundamental requirements.  First, the Secretary of the Department of Corrections and Rehabilitation or the Board of Parole Hearings must find first that the prisoner “is terminally ill with an incurable condition caused by the illness or disease that would produce death within six months, as determined by a physician employed by the department.”  Second, “the conditions under which the prisoner would be released or receive treatment do not pose a threat to public safety.”
The appellate court further noted that while 1170(e) authorizes the trial court judge to exercise its discretion to deny release for compassionate release, “such discretion is not unfettered.”  People v. Loper (2015) 60 Cal.4th 1155, 1161 (fn 3).  The proper standard of review is whether “some evidence” supports the Secretary’s recommendation for compassionate release.  Martinez v. Board of Parole Hearings (2010) 183 Cal.App.4th 578.  The standard is “highly deferential to the Secretary’s fact finding."
In looking at the trial court’s decision to deny compassionate release, the appellate court found that the trial court judge abused his discretion in denying compassionate release.
We bring this case to the reader’s attention because it highlights the critical two requirements for compassionate release: having a terminal illness or condition that is so severe that the prisoner’s life expectancy is six months or less and second, that the prisoner, if released, would not pose a danger to public safety due to the condition.  There is no other standard that can be used.  The rules are rather clear and defined.
The citation for the Fourth Appellate District Court ruling discussed above is People v. Rafael Servin (4th App. Dist., 2019) 31 Cal.App.5th 731.
For more information about serving time in prison, please click on the following articles:
Contact us.
Serving Torrance, Long Beach, Compton, Airport Courthouses and Other Courthouses.