Home
Other Information
Criminal Defense Articles
What Are Some Affirmative Defenses for a Preliminary Hearing?

What Are Some Affirmative Defenses for a Preliminary Hearing?

Generally speaking, defenses are broken into two types.  The first type, the most common type, disputes the sufficiency of the evidence to establish one or more elements (requirements, like items in a recipe) of the offense.  The second type affirmatively asserts facts that if true, defeats the prosecutions allegations.  This second type of defense, an affirmative defense, requires the defense to produce some argument or evidence of the facts to support the defense.
The second type of defense, a “silver bullet argument” or dispositive evidence, is what the judge in a preliminary hearing is asking for.  Defendant has the burden of producing some evidence of the facts establishing the defense.  This can be done by simply raising a reasonable doubt about the prosecution’s facts.  People v. Figueroa (1986) 41 Cal.3d 714, 721; 224 Cal.Rptr. 719; Comment to Evidence Code § 501. 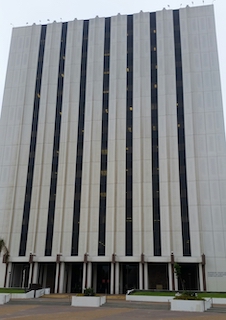 Compton Courthouse
What are some affirmative defenses then?
For more information about preliminary hearings, please click on the following articles:
Contact us.
Serving Torrance, Long Beach, Compton, Airport Courthouses and Other Courthouses.