What Is a Felony Preliminary Hearing Setting Conference?

About This Article Briefly:  A preliminary hearing setting conference (only for felony cases) is a hearing where the judge will set or adjust the date for a preliminary hearing, perhaps rule on requests for experts or independent testing and the prosecutor and defense counsel will discuss resolution of the case.

Defendant should also be happy with such progress, as once a preliminary hearing takes place, the offer, or terms of a proposed plea bargain, from the prosecution may get worse.  This is so because a prosecution witness testifies with more credibility than expected or testifies to facts that compel the prosecution to add charges against defendant.  In addition, after the preliminary hearing, a case is often transferred to a new prosecutor with whom the defense attorney must develop rapport.  The new prosecutor may also be unfamiliar with the case facts and mitigating circumstances, so his or her offer may be higher than the offer before the preliminary hearing. 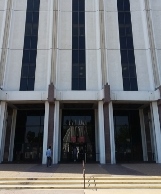 One of the factors that can help a case reach a disposition is the recommendation in the “Pre-Plea” report, also known as the probation officer’s report.  In Los Angeles County, at the arraignment, the defense attorney usually will ask the judge to order the probation department to prepare a “Pre-Plea” report.  In other counties, such as Ventura County, such a report is only prepared after a plea is taken, which in this author’s opinion seems to contradict the “pre” description of the report.  Such a report will contain a recommendation of whether defendant is a suitable candidate for probation, given his prior history, age and the factors of crime, both in mitigation and aggravation.

The preliminary setting conference is also an opportunity for the parties to informally discuss the case with the judge and sort through issues that need immediate attention.  For example, when defendant is in custody with a high bail, defense counsel can bring a motion to reduce bail to not only ask for reduced bail (or even the client’s release on his or her own recognizance), but to educate the judge and the prosecutor about case facts that might not be mentioned in the police report or pre-plea report.  Such a motion may thus not only help with bail issues, but it may lead to a disposition.

Defendant may also want to file a “Pitchess” motion in certain cases.  Such a motion is a request for the judge to order a police department to produce a police officer’s personnel record, to reveal a history of false arrests, coercing confessions, planting evidence, excessive force, or racial profiling.  This type of motion is often filed in cases involving resisting arrest (Penal Code § 69 or § 148(a)(2)) or battery upon a police officer to lend credibility to a self-defense claim by defendant.

There are many other motions, but the above motions are some of the more commonly filed motions.

For more information about issues related to a Preliminary Hearing and issues common to just being in court, click on the following articles:
Contact Greg Hill & Associates