Home
Other Information
Criminal Defense Articles
What Happens and What's the Purpose of a Preliminary Hearing?

What Happens and What's the Purpose of a Preliminary Hearing?

In every felony case, a preliminary hearing is required.  The hearing’s purpose is to test the sufficiency of the evidence to determine whether the case merits continued attention.  The accused can waive such a hearing and give up his or her right to such a hearing, but this is rarely done.  If the evidence is deemed insufficient, the case is dismissed.

What to Take Away:  A preliminary hearing is often called a probable cause hearing and in that regard, its purpose is only to weigh the sufficiency of the evidence.  However, the hearing does give both sides a glimpse of the prosecution’s likely witnesses and their credibility issues.

Despite its name, a preliminary hearing is actually often the half-way point in a felony case (this includes cases involving both felony and misdemeanor charges). Although the hearing is required to be held within ten court days of an accused’s arraignment, the accused, or defendant, often waives time to allow the hearing to take place later.  This can mean the preliminary hearing does not take place for several months.

The preliminary hearing is not a trial, but it can seem like a mini-trial in ways.  There is live witness testimony and attorneys will cross examine witnesses to test their credibility, like in a trial.  The accused can also present his own witnesses, perhaps to establish an alibi or other defense. 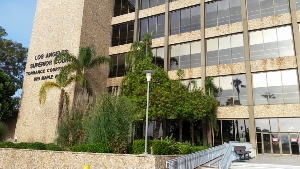 A preliminary hearing has been described by many attorneys as a method for a court to screen out cases that cannot be later proven at trial.  The court’s job is to weigh the evidence.  The hearing can last as little as ten minutes or even stretch into several days in complicated cases.

The level of proof required, mere probable cause, for the prosecution to present is very low.  It is defined as a “state of facts as would lean a man of ordinary care and prudence to believe and conscientiously lead an honest and strong suspicion that the person is guilty of a crime.”  Speculation cannot be employed.

Admissions to a police officer cannot be the sole basis for a finding of probable cause.  Other additional evidence must be presented (the corpus delicti rule).

Special circumstances alleged, enhancements to the crime and prior convictions must also be proven, which prosecutors often overlook.

When a judge finds sufficient probable cause, the judge will order that the defendant be held to answer the complaint within fifteen days.  This is a second arraignment, but usually before a different judge.

This can be extremely frustrating for a defendant, especially because the procedures at a preliminary hearing seem set to favor the prosecution.  For example, law enforcement testifying at a preliminary hearing are allowed to testify, if qualified, to what another person told them.  This is classic hearsay, but allowed under Proposition 115 at a preliminary hearing.  Our clients often feel robbed of their ability to cross-examine the other witness, who is usually not at the hearing and who is misquoted or misunderstood, or so it seems.  This gives the impression that a police officer is lying.

For more information about the procedures and other considerations about a criminal case in general, click on the following articles:
For case summaries of selected cases our firm has handled, click here.