Home
Other Information
Criminal Defense Articles
What Is the Flannel Doctrine of Imperfect Self-Defense?

What Is the Flannel Doctrine of Imperfect Self-Defense?

In a murder case, self-defense can be an affirmative defense that allows one to be found not guilty.  This is considered perfect or pure self-defense.  However, the use must be reasonable under the circumstances.  It must based upon an objectively reasonable belief that there was an imminent threat or danger of being killed, injured or touched unlawfully and that there was a need to use force to prevent this harm.  The person then must use no more force than is necessary to prevent the harm.  This can be a tough standard to meet, especially in the heat of the moment when things are happening fast and emotions may be running high.

The Gist of this Article: The Flannel Doctrine deals with the reasonable, but mistaken belief that deadly force was necessary in self defense, which if found true by a jury, means defense cannot be convicted of murder, but voluntary manslaughter instead.  The key in avoiding a murder conviction is the jury’s finding that defendant truly had a belief that deadly force was necessary. 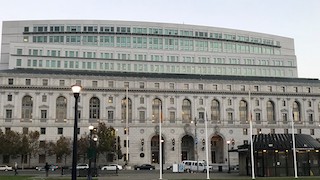