Home
Other Information
Criminal Defense Articles
What Is the Five Year Prior Serious Felony Enhancement?

What Is the Five Year Prior Serious Felony Enhancement?

In 1982, Proposition 8 was passed by California voters, forever changing the law on how someone with a prior serious felony was sentenced on a subsequent further serious felony conviction.  Dubbed the “Victim’s Bill of Rights,” Proposition 8 not only imposed more serious sentencing provisions, but it abolished the “diminished capacity” defense and provided access to sentencing proceedings for crime victims to require financial restitution in all sentencing matters, or at least consideration of restitution in all crimes.

The Gist of This Article:  Penal Code § 667(a) codifies the new five-year sentencing enhancement for anyone facing a serious felony with a prior serious felony conviction at any time in the past, not just in the last ten years as was the law previously.  This law is similar to the Three Strikes Law in that it singles out those with prior serious crime convictions for significantly enhanced sentences. 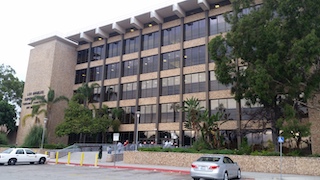 Torrance Courthouse
Section § 667(a) prohibits the judge from striking the extra punishment.  This is especially strict, as other provision of California law, i.e. in a “Romero motion,” allow a judge to strike a prior serious or violent felony conviction for purposes of sentencing, but under 667(a), Romero relief would be barred.
Under section 667(a)(1), the five-year sentence enhancement can also apply to a conviction suffered in another state that satisfies all the elements of any California serious felony.  Serious felonies are listed at Penal Code § 1192.7(c) and include crimes like murder, mayhem, rape, sodomy by force, violence, duress, menace, threat of great bodily injury, or fear of great bodily injury on the victim or another person, oral copulation, sodomy by force, violence, duress, menace, threat of great bodily injury, or fear of great bodily injury on the victim or another person and other generally understood crimes that are considered serious.
This seems rather straightforward, but it actually is not.  For example, defendant’s prior serious felony does not necessarily have to involved defendant going to prison.  Defendant may have received probation on the prior serious felony conviction.  This does not spare defendant from facing the five-year sentence enhancement on a second serious felony conviction at any point in his or her life.
Second, the new felony conviction must be a serious felony.  For example, defendant may have a prior serious felony, such as residential burglary, and be charged with second-degree burglary in the present case.  The five-year sentencing enhancement would thus not apply because second-degree burglary is not a serious felony listed under section 1192.7(c).
The five-year punishment is added on top of a strike sentence, i.e. a sentence that was required as a result of the Three Strikes Law.  This is not considered redundant punishment or double jeopardy.  People v. Nelson (1996) 42 Cal.App.4th 131, 137.  However, the prior serious felony enhancement can only be added once to multiple determinate terms imposed consecutively as part of a second-strike sentence.  People v. Sasser (2015) 61 Cal.4th 1, 7.  Interestingly, however, on a third-strike sentence, where there are multiple, determinate sentences, the five-year punishment must be added to each count.  People v. Williams (2004) 34 Cal.4th 397, 405 (Penal Code § 1170.1 applies only to determinate sentences and not to indeterminate sentences imposed under Three-Strikes Law).
For more information about sentencing issues on felonies, please click on the following articles:
Contact us.