Home
Other Information
Criminal Defense Articles
Can an Out of State Conviction Count As a Strike in CA?

Can an Out of State Conviction Count As a Strike in CA?

Cortez Washington was convicted in Illinois in 1998 of aggravated battery with a firearm, a felony, and in the same state, in 1993, another aggravated battery, also a felony.  In each Illinois case, the crime is defined as involving personal infliction of “great bodily harm.” 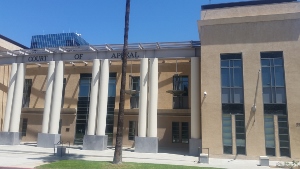 The issue at sentencing of Washington was whether the Illinois convictions, which were defined by Illinois statutes as involving the personal infliction of “great bodily harm” qualified as serious felonies and thus prior strikes as sentencing enhancements under California’s Three Strikes Law (Penal Code §§ 667(b) to (j) and § 1170.12).  This was a big deal obviously because the cases in California were strike offenses, so one prior strike results in doubling of the pending sentence and two prior strikes results in a minimum indeterminate sentence of twenty-five years to life, both before any other sentencing enhancements are added.

The issue distilled down to whether “great bodily harm” under Illinois law qualified as “great bodily injury” under California law.  If it did, the Illinois convictions were considered strike offenses.

The San Diego County judge hearing the case at the trial court level decided that the Illinois convictions did count as two prior strikes under California’s Three Striker Law.  He then sentenced Washington to prison for an indeterminate term of 41 years to life.

Mr. Washington then appealed to the Fourth Appellate District.  The Fourth Appellate District, in People v. Cortez Lamon Washington (2012 DJDAR 15100), considered Washington’s appeal and denied it.  The appellate court noted that the record of his convictions clearly established that Washington was the direct cause of his victim’s injury.  Further, the court found that the elements of aggravated battery in Illinois disclosed the element of “great bodily harm” is synonymous with “great bodily injury” under California law.

California law defines a serious felony as “any felony in which the defendant personally inflicts great bodily injury on any person, other than an accomplice . . .” (Penal Code § 1192.7(c)(8)).  To “personally inflict” an injury, the defendant must directly cause the injury and not just proximately cause it. People v. Rodriquez (1999) 69 Cal.App. 4th 341, 347.

Here, the appellate court noted that the Illinois complaint on which he was convicted alleged he “stuck Shara Price in the face.”  This qualified as “personally inflicting” and thus was a serious felony and strike under California law.

As such, the Forth Appellate District affirmed the trial court.  The forty-one years to life prison sentence was not reversed.