Home
Other Information
Criminal Defense Articles
What Is the Difference Between a Misdemeanor and a Felony?

What Is the Difference Between a Misdemeanor and a Felony?

Our office often defends clients accused of offense, that can be classified as either a misdemeanor or a felony. Such an offense is known as a “wobbler.”

Summary in 50 Words or Less:  The length of a sentence and the consequences one faces are the primary differences between a felony and a misdemeanor, although some may argue that felony conduct is generally more serious than misdemeanor conduct.

When the prosecutor assigned to the case decides to bring the case as a felony, our office always considers whether and how we can reclassify the case as a misdemeanor under Penal Code § 17(b).  We also look to see if any of the client’s prior convictions (if he or she has any) can be reduced to misdemeanors under Prop 64 (the Adult Use of Marijuana Act) or Prop 47.  In evaluating whether the facts and circumstances of the case allow us to argue for “17(b) relief,” or any other means of reducing a felony to a misdemeanor, our clients often ask us the fundamental question of what is the difference between a felony and a misdemeanor.
Most people, from exposure to the news and television, appreciate that a felony is the most serious type of charge a prosecutor can bring.  Most people are aware that a felony conviction can involve prison, being denied parole or even a sentence of death.  Most people also understand that a felony conviction carries with it a stigma that lasts a lifetime.  That stigma is related to being barred for life from owning a firearm, losing one’s right to vote (while in prison and on parole) and losing one’s right to serve on a jury (until the right is restored through a certificate of rehabilitation or a pardon). 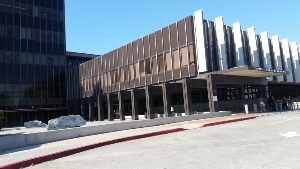 In certain situations under our Three Strikes Law (Penal Code § 667(b) – (j) and 1170.12), a person convicted of three qualifying felonies can be sentenced to life in prison.  Many people also understand that after someone completes prison for a felony, the person will be placed on parole or some form of post-release community supervision (PRCS) for a period of time.
Lastly, the difference between felony probation and summary probation for a misdemeanor is understood by most people.  In felony probation, which can last for up to five years (or even longer in certain sex offenses), one must periodically meet face to face with a probation officer (at least initially) and possibly submit to random drug testing, whereas in informal, or summary probation, one’s name is merely on a list with no periodic reporting obligation.
Summary, or informal, probation usually lasts a maximum of three years, with limited exceptions.
There are probation fees associated with formal probation, whereas with summary probation there are no fees charged to the probationer.
A misdemeanor is indeed a much less serious offense than a felony.  A misdemeanor is punishable by no more than a year in county jail, however, a case involving convictions for multiple misdemeanors may involve more than a year of county jail.  Bail in a misdemeanor case (at least until money bail is possibly eliminated in October 2020), in contrast to bail in a felony case, is relatively low.  In addition, a conviction for most misdemeanors are eligible for expungement, the exception being certain sex offenses as well as several other rarely prosecuted offenses.  Most felonies are also eligible for expungement, unless the defendant was convicted of certain sex offenses or was punished by imposition of a prison sentence.
There are many crimes that fit the description of a “wobbler.” Driving under the influence causing injury to others (Vehicle Code § 23153), domestic violence (Penal Code § 273.5), criminal threats (Penal Code § 422) and grand theft (Penal Code § 487) are just some of the more common of such crimes.  A wobbler is an offense that can be filed as a felony or a misdemeanor.
When a case involves a “wobbler,” it is prudent for the attorney representing defendant to consider filing a Penal Code § 17(b) motion for reduction of the charges from a felony to a misdemeanor.  The circumstances of the crime, the defendant’s criminal history and his or her age are important considerations for the judge in ruling on such a motion.  The court will also consider the person’s personal history, such as his age, marital status, employment status, volunteer activity (community involvement) and education level.