Home
Other Information
Criminal Defense Articles
What Is Statutory Rape? What Are the Defenses? Punishment?

What Is Statutory Rape? What Are the Defenses? Punishment?

Statutory rape is defined under Penal Code § 261.5 as sexual intercourse with a person under 18 years of age.  The two individuals cannot be husband and wife.  This crime is more broadly often referred to as unlawful sex with a minor, although this description includes other forms of sex besides intercourse.

The Point of This Article:  Statutory rape is sexual intercourse with a person, in California, under 18.  Consent is not a defense, but marriage is.  A reasonable and honest belief that the victim was 18 or older is also a defense.  This can be a felony or misdemeanor.

Our office consistently must clarify to defendants exactly what constitutes sexual intercourse.  Sexual intercourse is defined as “any amount of penetration, however slight.”  Defendant does not have to ejaculate to be charged with statutory rape.

Statutory rape is a “wobbler,” meaning the prosecutor can choose to prosecute this crime as a felony or a misdemeanor, depending upon the facts of the case and defendant’s criminal history.  A misdemeanor 261.5 charge is most common when the defendant is no more than three years older than the alleged victim (Penal Code § 261.5(b)).  When the defendant and alleged victim are more than three years apart in age, the prosecution may still charge the offense as a misdemeanor (Penal Code § 261.5(c) and (d)), especially when the parties were genuine boyfriend and girlfriend, no force was used and the victim may have lied about her age. 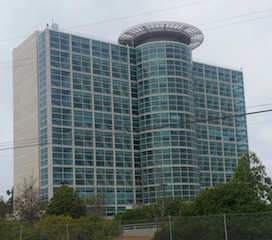 Airport Courthouse
The penalties for statutory rape vary quite a bit.  When misdemeanor statutory rape is alleged, defendant may be ordered to informal or summary probation.  The same defendant also faces a maximum of one year and / or a $1,000 fine.  Defendant can also face civil penalties that range between $2,000 and $25,000, depending upon the age difference between the defendant and the victim (Penal Code § 261.5(e)(1)).
When felony statutory rape is alleged, defendant may receive a sentence of informal (summary) probation or formal probation.  Defendant may also face a minimum prison sentence of sixteen months to a maximum of four years.  When kidnapping, use of a firearm and other enhancements are alleged, the sentence can quickly escalate well beyond four years, especially if the defendant has any prior strikes.

Perhaps the single-most misunderstood thing with statutory rape is that 261.5 does not require one to register as a sex offender.  With other sex crimes such as rape, lewd acts with a child and indecent exposure, there often is a lifetime requirement under Penal Code § 290 to register annually, as well as after any change of residence, as a sex offender with local law enforcement.  With such a requirement, Megan’s Law may publish the offender’s name on the Internet, although this consequence is subject to many exceptions that an attorney should explain to you.

Statutory rape, when the two parties are young, is a charge that often is alleged by a jealous girlfriend, an angry parent of a supposed victim or a vengeful spurned lover.  In such cases, credibility and motives become big issues toward showing the accusation is false.

It can also be a very, very serious charge when the defendant is considerably older than the alleged victim and has a marriage, a profession and a reputation in the community to protect.  In such cases, a rape kit may be evidence that the prosecution has, as well as a “pretext call” wherein the alleged victim calls the defendant before he is arrested in hope of eliciting an admission to the conduct while the police eavesdrop on the call (this is legal!).

The defenses to this charge involve a mistake of fact.  This can include a reasonable and honest belief that the victim was over eighteen years old.  For example, if the victim had an identification card that appeared authentic and it showed the victim’s age as over eighteen – and the victim showed this to the defendant prior to the conduct, this could be a defense.  The victim’s statements about her age, or her clothing style (appearing older than eighteen) can also be a defense.
Consent by the victim is not a defense because the victim is legally incapable, by being under 18, of giving her consent.
For more information about rape in general, click on the following articles:
Contact Greg Hill & Associates