Lady Consents to Sex with Impersonator of Boyfriend - Rape?

Victor (last name unavailable) and Jane Doe, age 18, came back to Jane’s house after a party. Accompanying them was Julio Morales, Victor’s friend, and several others.

Victor and Jane Doe decided not to have sex. Victor then left in the early morning hours. Mr. Morales remained in the house. Everyone had been drinking at the party.

At some point during the night, Morales entered Jane Doe’s dark bedroom and began having sex with her. Morales claimed that Jane Doe consented, but Jane Doe disputed that, saying that she was asleep when she awakened to the sensation of Morales having sexual intercourse with her. She claimed that she thought it was Victor, her boyfriend, but then realized it was not and screamed.

Jane Doe then called Victor, who came to the house and called the police. Morales was arrested after police found him hiding in the bushes down the street. 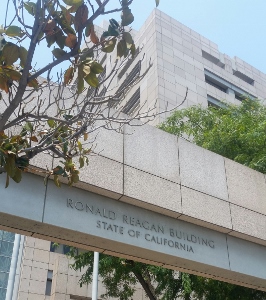 CA 2nd District Court of Appeal Los Angeles
While being transported to the police station, Morales admitted to Deputy Sheriff Peralta that he had entered Jane Doe’s bedroom while she was asleep. He said he kissed her, and she kissed him back. He told Peralta that Jane Doe probably thought he was Victor and when she realized he was not, she screamed. Later, Morales wrote out a statement and signed it, saying that when he put his penis into her vagina, she was asleep. Morales was charged with the rape of a unconscious person (Penal Code § 261 (a) (4)).

At trial, the jury was instructed that rape of an unconscious person is committed when “a women is unconscious or asleep or not aware that the act is occurring or not aware of the essential characteristics of the act because the perpetrator tricked, lied or concealed information from her.” Morales was then convicted and then judge sentenced him to the low term, three years in state prison.

Morales then appealed to the Second Appellate District, arguing that the trial court’s instruction on rape of an unconscious person (above) was flawed because it allowed a conviction based on a theory that he fraudulently concealed he was not Jane Doe’s boyfriend when he had sexual intercourse with her. Concealing such a fact is not an element of rape of an unconscious person.

The Second Appellate District agreed with Morales. The jury instruction allowed a conviction based on a basis that was simply not part of the law. Moreover, the evidence from the trial was such that Morales did nothing to make Jane Doe believe he was Victor. There was no affirmative fraud in the inducement to obtain Jane Doe’s consent to the sex.

It further noted that although lack of consent is not an element of the crime of rape of an unconscious person, the concept of being unconscious is related to the issue of consent. The court then discussed more than a dozen reported decisions which supported such a basis as an element and, in contrast, criticized rape by impersonation because it was fraud in the inducement, not fraud in the fact. Fraud in the inducement is not a crime, because consent is given – although it was procured by fraud.

Turning to the facts of the case here, since the facts were that Jane Doe favorably responded to Morale’s kisses and touching (consent), there was fraud in the inducement, which cannot support rape.

Accordingly, the conviction was reversed and the matter was remanded for retrial, with instructions to the trial court to remove that part of the subject jury instructions which said, “or not aware of the essential characteristics of the act because the perpetration tricked, lied to, or concealed information from her.”

For more information about rape, click on the following articles: