Home
Other Information
Criminal Defense Articles
What Is Rape? What Are the Defenses & Possible Punishment?

What Is Rape? What Are the Defenses & Possible Punishment?

The Gist of This Article:  Rape is nonconsensual sexual intercourse accomplished by force, threats or fraud.  Consent is the most common defense.  Rape is punishable by up to eight years in state prison, before any sentencing enhancement apply, as well as a lifetime requirement to register as a sex offender under Penal Code § 290.

Without a doubt, anyone accused of rape faces a mountain of consequences, even if the charges are eventually dismissed or a plea bargain is reached to a charge with far less stigma attached.  Such enormous consequences are often why false accusation are made, usually out of jealousy or to seek revenge for some emotionally charged circumstance.  Sometimes, the accusation is made weeks or months after the alleged act, making any physical or medical evidence impossible to assemble in defense. 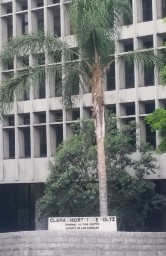 When the victim asks that the defendant use a condom, this in and of itself does not establish consent unless there are additional facts the defendant can point to to show consent (Penal Code § 261.7).  Likewise, a victim can initially agree to have sexual intercourse, but then withdraw that consent so that rape follows if the withdrawal of consent is done is such a sufficient manner that defendant knew or should have known consent was withdrawn.

Our office is continually surprised to hear questions about what constitutes sexual intercourse.  Intercourse must involve penetration, however, such penetration can be extremely slight.  Defendant does not have to ejaculate to satisfy California rape law.  Also, the prosecution does not need to prove that the victim resisted the defendant, as some people react to force or threats without fighting back.

The defenses to rape often hinge upon the credibility of the alleged victim and consent.  Sometimes, but not too often, the victim mistakes the identity of the defendant with someone else, most often when there is a unduly suggestive line-up at the police station or during the act, there was poor lighting.

Rape under Penal Code § 261 is always a felony.  The penalties vary considerably.  When no force or violence is used, sometimes a defendant will only receive formal probation (this also assumes that defendant had no prior record and there were no other associated charges).  More likely, the prosecution will be looking at a three, six or eight year prison term.  These prison sentences are enhanced by five years if the victim suffers great bodily injury, a firearm is used, the defendant has served time in prison previously or the defendant has a prior “strike” conviction.  Rape itself can be a “strike” offense as well (Penal Code § 667.6(b) – (j) and § 1170).

Perhaps most painful, however, is the requirement under Penal Code § 290 to register as a sex offender for life (this obligation may be less for certain offenders under Senate Bill 384, effective January 1, 2022).  This requirement usually carries with it the consequence that defendant’s name is published on the Internet under Megan’s Law for the public to see, potentially causing enormous shame and damage to one’s reputation in the community.