Home
Other Information
Criminal Defense Articles
What Is Officer-Induced Confusion in a DUI Admonition?

What Is Officer-Induced Confusion in a DUI Admonition?

In many DUI cases wherein, it is alleged the driver refused to submit to a breath or blood test, the refusal may be excused by officer-induced confusion in the admonition.  For this reason, which is more common than one may suspect, we think it is critical that one review any and all audio tape recordings of the officer-client interaction.  Officers, after all, do make mistakes and do so far more often that one might suspect.

Brief Synopsis: Officer-induced confusion in a DUI admonition occurs when a police officer, in giving a suspect the DUI admonition, 1) provides it with incorrect or confusing terms, 2) knows, or should have known, that he created confusion and the suspect told him so or otherwise expressed his confusion; and 3) did not attempt to clear up the confusion.  This is an excuse to a refusal to submit allegation.

For example, we have had clients tell us that the officer told him or her, “Look, you have three choices now that you’ve been arrested for DUI.  You can submit to a breath test at our station.  You can request a blood test and we’ll take you down to the local hospital for that.  Or you can tell us you do not want to have a breath or blood test, but that may have consequences later.”  This was an actual audio recording we received from the police department.
Our client, in reliance on what he believed was an accurate statement of his rights by the officer, said he did not want to submit to a breath or blood test.  He thought he had that as a choice, according to the officer.
He was then placed in a jail cell and let go after about seven or eight hours.
Under West v. DMV (1969) 275 Cal.App.2d 908, officer-induced confusion must be apparent to the officer [the officer must be aware that he does not properly understand his duties to read the client his rights as a suspected DUI driver regarding a breath or blood test].  If officer-induced confusion is not fixed by the officer, the refusal is excused per Wethern v. Orr (1969) 271 Cal.App.2d 813. 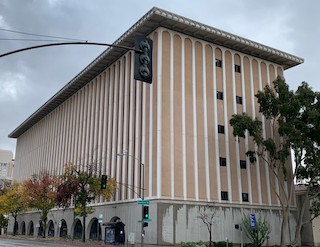 Pasadena Courthouse
In evaluating whether the officer was confused, we recommend one evaluate the officer-suspect conversation along three grounds:
1.    Did the officer confuse the driver, i.e. on a first “informal” warning told the driver, you have a choice between a breath and blood test and if you chose neither, we will get a warrant and just take the blood from you.  This is an improper admonition, but it is very common.  Then the officer later gives the driver the formal admonition and the driver is confused by what the officer first told him about a warrant.

A second source of confusion is when the officer tells the suspect, at the scene that he can refuse to submit to a PAS test, but does not clarify that he cannot refuse a further breath or blood test.  The officer does not distinguish between the PAS test as being just an on-scene investigation tool that is independent of the driver’s legal obligation to submit to a breath or blood test.

2.    The officer was, or should have been, aware of the confusion, or the driver told the officer or otherwise conveyed to the officer that he was confused;

3.    The officer did not attempt to clear up the confusion.

The context we see this arise in most often is when the officer tells the suspect that he has anything but a choice of breath or blood.  If the officer tells the client that he has a choice to do nothing and refuse, that can create the confusion that it is legal to refuse such a test.  Then when the officer reads the admonition with all the warnings about having one’s license suspended for a year or two and how the refusal can be used in a court of law, the suspect rightly may feel confused.
Officers absolutely enjoy being in control and being looked upon as the knowledgeable one, which conveys or suggests power.  So, we find officers very frequently like to embellish the admonition with their own explanation of what the consequences are of a refusal and how a warrant can be requested to forcibly draw the suspect’s blood.
The officer also likes to reduce stress in the arrest, so he or she may try to explain California law to the suspect on implied consent, but then explain in the same breath the consequences for not consenting to a breath or blood test.
The more the officer talks about refusing to take a breath or blood test, the more it can create confusion.
The officer who avoids this problem is the one who simply tells the suspect that he or she has a right to a breath or blood test.  The suspect should be the one who then asks, “what if I refuse either one.”  Then the officer simply reads the admonition about refusal and states absolutely nothing more.
If the officer begins to try to explain in his own words how a refusal can be handled, this can confuse the driver and if the driver states he is confused, excusal of the refusal may be possible.
In our experience, if a police officer starts down this slippery slope, we want to bring him to the DMV hearing and ask him about what he told the driver, using the audio tape as a guide.  The officer may frankly concede, “well, I guess I am confused on this a bit.”  If the officer offers this at the DMV hearing, months after the arrest, there is no way he could have cleared up his confusion months earlier, so we then request a set aside of the suspension.
For more information about a refusal to submit to a DUI breath or blood test, please click on the following articles:
Contact us.