Conviction for Refusing to Submit to DUI Test Reversed

The Due Process Clause of the U.S. Constitution generally prohibits misleading conduct of government officials.  Such conduct must be misleading to a person of average intelligence and misleading under the totality of the circumstances.

In the context of a DUI on federal property, federal law provides that “refusal by an operator to submit to a test is prohibited and proof of refusal maybe admissible in any judicial proceeding.” 36 Code of Federal Regulations (C.F.R.) § 4.23(c)(2).

In 2011, a federal park ranger in Yosemite observed Sean Harrington in a “non-public area” of the park at night.  Harrington’s car was stopped, but its lights were on and the engine was running.  Harrington was sitting in the driver’s seat. 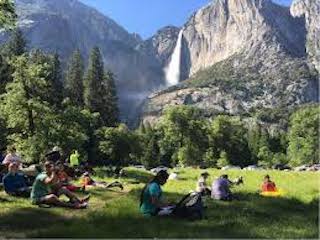 Yosemite
According to the park ranger, Harrington refused a field sobriety test and was then arrested for DUI.  Once at the police station, Harrington refused to submit to a breath test or to provide a blood sample.  Another park ranger then read Harrington the California admonition, which specifically advised that refusal or failure to complete such a test will result in a fine or imprisonment if the arrest results in a conviction for DUI.  This was read twice more to Harrington.  No test was performed.  Harrington confirmed he refused to submit.
Harrington was later arraigned on six charges in U.S. District Court.  The charges included being in possession of an open container and possession of marijuana, which he pled guilty to.  The DUI charge was dismissed.  However, he chose to go to trial on one count, the refusal to submit charge.

Harrington’s defense at trial was that the park ranger gave him the wrong admonition and that this violated his right to due process.  The case went to a bench trial before a magistrate judge, who found Harrington guilty.  She then sentenced him to 36 months of unsupervised probation and 120 days of confinement with 90 days suspended pending probation.

Harrington then appealed to the Fourth Appellate District Court of Appeal.  In United States v. Sean Harrington (2014 DJDAR 4828), the court began its analysis by noting “the fundamental fact” that the park ranger misinformed Harrington three times as to the criminal consequences of his refusal.  It also emphasized that federal law, not California law, applied.

The federal admonition that should have been read was that if he refused a test, “you will be charged with an additional offense for refusing the test.”  The admonition further advises the suspect that the charge carries with it a maximum penalty of six months in jail and/or a $5,000 fine.  It also includes notice that such a charge is in addition to any DUI charge that may be alleged.

The Fourth Appellate District began its legal analysis by observing that the Fifth Amendment to the U.S. Constitution provides, “[N]o person shall be deprived of life, liberty or property, without due process of law.”  However, due process is a flexible concept, yet still grounded in “fundamental fairness.”  Walters v. Nat’l Ass’n of Radiation Survivors (1985) 473 U.S. 305, 320-321.

Here, there is no doubt that Harrington’s sentence of 120 days in jail was a deprivation of his freedom.  Moreover, the court noted there is a “stark difference” between the consequences of refusal as described by the park officials and the real (federal) consequences.  In fact, the DUI charge against Harrington was ultimately dropped.

Moreover, had Harrington been properly admonished, the court noted, he might have submitted to a test.

In closing, the Fourth Appellate District commented that the First Circuit, in Roberts v. Maine (1st Cir. 1995) 48 F. 3d 1287, ruled in a similar case that such a wrong admonition in a DUI was a due process violation.

Consequently, the lower courts sentence was vacated and the judgment reversed.  Harrington certainly must have been very happy.

We think this case is significant for anyone facing a DUI because officers often fail to admonish a suspect or do so without reading from any card that had the proper admonition printed.  The officer may be tired, frustrated with the suspect or simply self-confident that he or she can recite the admonition from memory, when this is untrue.
The citation for the Ninth Circuit ruling discussed above is United States v. Sean Harrington (9th Cir., 2014) 749 F.3d 825.
For more information about DUI, click on the following articles:
Contact Greg Hill & Associates