Home
Other Information
Criminal Defense Articles
What Is Mayhem (PC 203) and Aggravated Mayhem?

What Is Mayhem (PC 203) and Aggravated Mayhem?

If one is charged with mayhem, or aggravated mayhem, it is not unusual for the rhetorical question of, “what is mayhem?” to be asked.  After all, “mayhem” is not a word often used nowadays.

Brief Synopsis:  Mayhem is a very serious crime, and aggravated mayhem is even more serious.  The critical element is that defendant is charged with disfiguring or disabling a part of a person’s body.  It is punishable by two to eight years for simple mayhem and up to life for aggravated mayhem.

Penal Code § 203 defines mayhem as conduct that “unlawfully and maliciously deprives a human being of a member of his body, or disables, disfigures, or renders it useless, or cuts or disables the tongue, or puts out an eye, or slits the nose, ear or lip.”  In short, it is injuring someone in a very serious manner, with the intent to do so.  While maiming someone certainly qualifies as mayhem, disabling someone in a significant way qualifies, too.

Aggravated mayhem (Pena Code § 205) involves extreme or reckless disregard for the physical or psychological well-being of the victim.  This may be charged if the defendant holds down the victim while disfiguring him or taunts the victim after injuring him.  If the victim dies, felony murder can be charged even if the intent of defendant was only to commit mayhem. 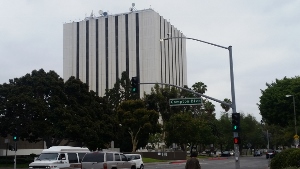 Knowing a few definitions help one understand the crime better.  “Disfiguring” injuries under mayhem law means permanent injuries, regardless of whether doctors can repair or reconstruct the body part, i.e. via plastic surgery.  Disfiguring injuries include “forced” tattoos, burns, “branding” and causing blindness, i.e. through tossing acid on a victim.  “Disabling injuries” are fairly serious injuries, i.e. a broken leg or back.

The defenses to mayhem are similar to those for battery.  First, self defense or defense of others can affirmatively defeat a charge of mayhem.  The injuries inflicted on another must have been reasonable under the circumstances.  For example, if one is being held at knifepoint and one grabs a beer bottle, breaking it on the attacker’s head to escape, but in the process one breaks the attacker’s facial bones, you did not commit mayhem.

A second defense, but less commonly seen, is accident.  This defense addresses the issue of malice in one’s mental state or intent.  For example, a baseball player at bat may argue with an umpire and in the process, throw down his bat in anger.  By accident, the bat may bounce up and strike the catcher standing nearby, breaking his jaw.  This would not be mayhem.

It is common for certain sentencing enhancements to apply in crimes such as mayhem and aggravated mayhem.  These can add one to eight years of additional time in prison. California Penal Code § 667.9.  These apply when the victim is under 14 years old or over 65, if the victim is blind, deaf or mentally retarded or the victim is a paraplegic or quadriplegic.  When there is “great bodily harm,” defined as a significant or substantial bodily injury, a three or six year enhancement can also apply.  One can also be charged with torture under Penal Code § 206, if one inflicted injury with the cruel intent to cause unusual pain.