In 2007 in Riverside County, Tommy Mesa allegedly shot Alvin Pierre in the groin and Ghalen White in the side, in two incidents two days apart.  Mesa admitted he was a Corona Varios Locos (CVL) gang member and convicted felon. 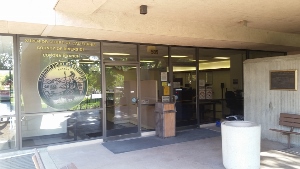 Mesa appealed his sentence, arguing that it violated Penal Code § 654.  This code section provides that a defendant may be punished only once for “an act or omission that is punishable in different ways by different provisions of law.“  In this regard, Mesa argued that his being punished for assault with a firearm, participation in a street gang, and for possession of a firearm by a felon constituted punishment in “different ways by different provisions of the law for one act of omission“ in violation of Penal Code § 654.

In People v. Tommy Angel Mesa (2012 DJDAR 7223), the California Supreme Court agreed with Mesa, in part.  The California Supreme Court agreed with Mesa that his sentence violated Penal Code § 654 by punishing him with ten years imprisonment for gang membership in each assault.  The Supreme Court cited to People v. Sanchez (2011) 179 Cal. App. 4th 1297, which addressed section 654 and punishment involving gang membership and an underlying felony that establishes an element of gang membership.  In Sanchez, the court ruled that defendant could not be punished for membership in a gang where he committed an underlying felony that was separately punished.

The Supreme Court emphasized that its ruling did not mean that “Mesa’s crimes for the benefit of Corona Various Locos (CVL) were going unpunished.”  The court clarified for its opinion that Mesa did receive a ten year prison term enhancement under Penal Code § 186.22 (b) (1), but not as duplicative punishment to the 245(a)(2) and the 29800 charge. 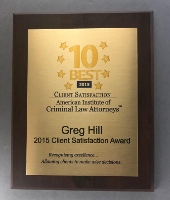 The Supreme Court also distinguished People v. Herrera (1999) 70 Cal. App. 4th 1456, which the dissenting opinion relied upon.  The Supreme Court held that Herrera’s holding was unpersuasive in saying Penal Code § 654 was not violated when a gang member had multiple objectives.  In Herrera, a gang member shot and killed another person.  The court in Herrera allowed a sentence for murder and a sentence for gang participation for the single act of murder because it found Herrera had multiple objectives, or multiple intents, in his conduct.  One intent  was to kill and one was to further the gang’s objectives.  Thus 654 was not violated, the Herrera court decided.

The California Supreme Court rejected Herrera’s reasoning.  It cited to People v. Mendoza (1997), wherein the court held a defendant could not be punished for making a criminal threat and dissuading a witness based upon a single statement.  Accordingly, the Supreme Court looked to the two shootings and allowed two punishments only, one for the assault and one for gang participation only, staying the two eight month sentences for possession of a firearm by a felon.
The citation for the Supreme Court ruling discussed above is People v. Tommy Angel Mesa (2012) 54 Cal.4th 191.
For more information about sentencing, click on the following articles:
Contact Greg Hill & Associates