Home
Other Information
Criminal Defense Articles
What Is Kidnapping and Aggravated Kidnapping? Defenses?

What Is Kidnapping and Aggravated Kidnapping? Defenses?

Kidnapping is often considered a crime only practiced in third-world countries like El Salvador and Ecuador.  However, it certainly occurs here in the United States, but often in a far less serious or newsworthy context.  In fact, it is a crime that takes place often in the context of domestic violence for just a few minutes or maybe an hour, although with great danger to the victim.

What to Take Away:  Kidnapping is broadly defined as moving another person a substantial distance by force or fear without the other person’s consent.  Aggravated kidnapping is kidnapping accompanied by serious bodily injury to the victim, or a ransom demanded, or carjacking, or fraud, force or fear upon a victim under age 14.

Make no mistake about it: both kidnapping and aggravated kidnapping are serious crimes with huge punishment if a conviction is reached.  They are both “strike offenses” under California’s Three Strikes law, meaning one must serve a minimum of 85% of the sentence, which can be well over ten years if there are sentence enhancements such as for using a gun, causing serious bodily injury or committing the offense for the benefit of a criminal street gang. 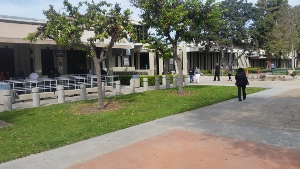 Kidnapping is defined under Penal Code § 207 as moving another person by force or fear without that person’s consent.  The distance must be “substantial,” but this merely means more than a slight or trivial amount.  “Substantial” is evaluated not just by the number of feet, but by whether the movement increased the danger to the victim, i.e. from a house with others present to a quiet car perhaps only fifty feet away with the windows rolled up.  Kidnapping carries with it a maximum eight year term without any sentence enhancements.

“By force or fear” in the definition of both types of kidnapping means threatening to inflict physical force or actually doing so.  Tying someone up obviously qualifies, just as does, in the domestic violence context, telling a girlfriend that you are going to “make her pay for her mouth” if she does not get in one’s car and come with the driver.

“Fraud” is only involved in aggravated kidnapping.  It is defined as any type of deliberate or intentional misrepresentation (i.e. a trick) for the defendant’s own benefit.  This type of conduct is common in rape and lewd acts with a minor cases, wherein defendant promises the victim to take her home, but in fact has no intention of going to the victim’s home.

The defenses to kidnapping usually begin with the victim’s consent.  If the victim agrees to get in one’s car and be moved, there can be no kidnapping.  It merits emphasis here that one cannot agree to an offer or promise based on fraud because the victim does not know what he or she is actually agreeing to.

A derivative defense to consent is that the victim’s claims are false.  This may mean that the distance of the movement was very trivial or that no increase in danger resulted.  It can also mean that the defendant never used force or fear to accomplish the movement.

By statute, a defendant’s conduct may be privileged.  For example, taking, concealing or otherwise harboring a child under 14 to protect the child from imminent danger is a defense under Penal Code § 207(f)(1).  This defense arises quite often.  A defendant may also be innocent under 207(f)(1) if he or she places the child under a citizen’s arrest, i.e. a shopkeeping making a citizen’s arrest of a shoplifter.