What Is Child Abduction (PC 278)? Punishment?

It is not uncommon during acrimonious divorces and child custody proceedings to hear one parent claim the other parent has “abducted our child.”  The parent missing the child calls the police, not only hoping to receive assistance in the return of the child, but to also gain an advantage in the pending child custody proceedings by being able to tell the family law judge that the other parent, with revoked or restricted custody rights, is being prosecuted for child abduction, to suggest that judge should make a final custody order that the other parent have less custody of the child or even no custody rights (and have to pay more child support to the other parent).  Sometimes, consequently, there are ulterior motives behind the police report and therefore, false accusations often are present.

In a Nutshell:  Child abduction is committed when one who has no right to custody of a child “maliciously takes, entices away, physically keeps, withholds or conceals” a child away from one who has legal custody of the child. 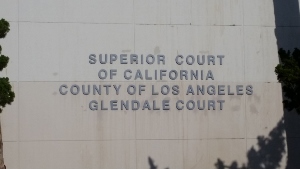 A few definitions are helpful to understanding this charge better.  A “child” is defined as a person under the age of eighteen.  “Maliciously” refers to the intent level, which is to vex, annoy or injure.  “Keeps” or “withholds” means physical retention of the child, whether or not the child resists or objects, as often the child is too young to even understand what is going on.  “To entice” means to lure or attract or lead astray by trick or exciting the child.  “Detain” means to delay, slow down, hinder and does not require force or threats.

Penal Code § 278 is a “wobbler,” meaning it can be charged as a felony or a misdemeanor, depending on the defendant’s criminal history and the nature of the conduct at issue.  When there is a misdemeanor violation, the maximum punishment is one year in county jail and a $1,000 fine.  If the violation is of 278 charged as a felony, the maximum punishment is four years in state prison and a $10,000 fine.  At each level of conviction, the defendant will be ordered to pay restitution to the victim and/or the law enforcement agency for their costs in locating and returning the child.  Penal Code § 278.6.

Such penalties are applicable before any enhancements are applied to the sentence.  Such enhancements can include an extra year if one uses a gun in the commission of the offense, doubling of the sentence if one has a prior strike offense under California’s Three Strikes Law, or ten years if the crime was committed for the benefit of a criminal street gang.

Child abduction is similar to, but distinguishable from kidnapping (Penal Code § 207 or Penal Code § 209).  Child abduction is a crime against the parent, whereas kidnapping is crime against the victim, who does not necessarily have to be a kid at all.  Arguably, kidnapping can also be charged against a parent who has legal custody of a child if the parent if he or she is exercising parental rights for an illegal purpose (State v. Tuitashi (1986) 46 Wash.App. 206, 729 P.2d 75, 77).  Kidnapping also requires “asportation,” meaning movement of the child, whereas child abduction has no such requirement.