Home
Other Information
Criminal Defense Articles
What Is Contributing to the Delinquency of a Minor (PC 272)?

What Is Contributing to the Delinquency of a Minor (PC 272)?

If you know someone or are someone accused of contributing to the delinquency of a minor, you understand that a certain stigma attaches to such an allegation.  However, what is required to convict someone of this crime?  Is it a felony or a misdemeanor?  What is the punishment?  Are there immigration consequences?

Summary in 50 Words or Less: A violation of Penal Code § 272, “Contributing to the Delinquency of a Minor,” requires that the prosecution prove an adult defendant acted or failed to act and as a result, a minor became a juvenile delinquent, ward of the juvenile court (as a victim) or a habitual truant from school.  It is a misdemeanor punishable by up to 364 days in jail and can require sex offender registration.

It may come as some relief that contributing to the delinquency of a minor (Penal Code § 272(a)) is a misdemeanor, but the maximum punishment is allowed up to 364 days in county jail and / or a $2,500 fine (which when penalties and assessments are added in can be close to $10,000).  If the crime is found to be sexual in nature, a judge can impose a lifetime requirement to register as a sex offender under Penal Code § 290.

Depending upon one’s prior criminal history, defendant can also be placed on summary probation up to five years with conditions that defendant stay away from certain minors, perform a significant amount of community service, take certain classes and pay restitution to the victim(s) of the minor.

Contributing to the delinquency of a minor is broadly defined as acting or failing to act and as a result, a minor becomes a dependent of the juvenile court (i.e. as a victim of child abuse, child neglect, sexual abuse, etc.), a juvenile delinquent (committing any crime) or a habitual truant (defined as four or more unexcused absences from school or violating age-based curfew). 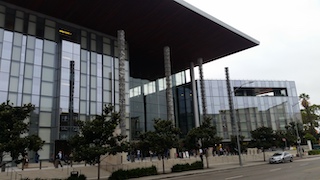 Long Beach Courthouse
Thus, in some ways, this is a “catch all” crime that sweeps up adults for allowing juveniles to engage in conduct that an adult should know is illegal.

This is most often applied to parents of children, i.e. the parent that allows her daughter, age 10, to shoplift, or the single mom who allows her daughter, age 17, to stay at home and sleep with her nineteen-year-old boyfriend while the mom goes to Las Vegas for the weekend.  It can also be the parent who allows their kid or kids to smoke marijuana (which is a crime if under 18), which can be a separate offense as well under Health and Safety Code § 11361 (“furnishing marijuana to a minor”).

It may the dad who provides alcohol to his sixteen-year-old son, allowing his son to skip school repeatedly to accompany him fishing or a dad (or other adult) who recruits fifteen and sixteen years old to join a criminal street gang to help courier drugs to customers or to the gang.  It can be the adult who suggests to the juvenile a way of committing a crime that the juvenile then follows, but is caught.

When applied to parents of a juvenile who commits a crime, including being a habitual truant, the underlying societal interest is in having parents exercise proper control, supervision and protection of a child.  The mental state that rises to being a crime is when the parent is reckless and exercises such poor judgement that a reasonable person who recognize the potential for danger that is a consequence.

In contrast, Penal Code § 272(b) can be a far more serious crime.  It involves an adult with no pre-existing relationship (a “stranger”) to try to lure away a child under 14 years of age away from his or her parents.  This crime has much more of a human trafficking and sexual context, but is still a misdemeanor and can even be charged as an infraction.  When charged as a misdemeanor, the maximum punishment is six months in county jail and a fine of $1,000 (which works out to be actually about $4,500 with penalties and assessments).

The common defenses to such a crime are that the adult did not know that the juvenile was a juvenile, meaning someone under 18 years old (this conduct can also be separately charged as furnishing alcohol to a minor, a violation of Business & Professions Code § 25658).  This could apply to someone who buys a female a drink at a bar that is over-21 only and if the female looks to be over 21, acts over 21 and may have other friends that the defendant knows are over 21.

Surprisingly, another very common defense is just that the parent could not control the behavior of his or her child.