Home
Other Information
Criminal Defense Articles
What Is Carjacking, Its Defenses and Punishment?

What Is Carjacking, Its Defenses and Punishment?

We have all seen it in movies and on television.  A person commits a crime, flees the scene and jumps into a car that is not his or her own.  The driver is surprised and screams.  The fleeing suspect brandishes a knife or a gun and tells the driver to get out.  The driver does so and the suspect drives away as police give chase.

The Point of This Article:  Carjacking is a serious crime and is considered a strike offense under California’s Three Strikes Law.  The minimum state prison punishment is three years and the maximum is nine years, without any enhancements such as for using a gun or committing the crime to further a criminal street gang, which is common.

This is carjacking.  It is the theft of a car by means of force or fear (Penal Code § 215).  Force or fear requires that the defendant actually inflicts physical force upon the victim or that the defendant threatens to inflict imminent physical harm upon a driver or passenger, or even someone outside the car.  The key is that the threat be made or physical force be used to gain control of the car.  For such reasons, carjacking is a “strike” offense. 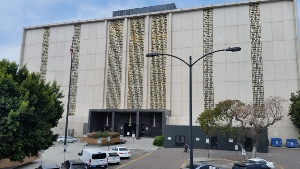 It is common during the carjacking for the defendant to use a gun or injure the victim.  It is also not uncommon for the theft to be for the benefit of a gang or to kidnap someone during the carjacking.  When any one of these exacerbating circumstances exist, defendant faces a maximum nine-year sentence plus enhancements that can lead to a life sentence.

Carjacking can take many forms.  On television, carjacking is often portrayed as someone holding a gun and forcing a driver out of a car.  The gun-toting individual then jumps into the car and speeds away.  This is not the only scenario fitting the crime.  It could be that one notices his car being stolen, runs out to the car and bangs on the window for the theft to stop and the thief yells back to “get out of my way or I’ll run you over!”  The owner, fearful of being run over, stops trying to stop the theft.  This can also be carjacking.

Consent is the second most common defense, but this is difficult to prove if the owner is threatened or is injured during the theft.  However, when there are no visible injuries and no valid party witnesses, this is often asserted as a defense.

Separately, carjacking is a strike offense under California’s “Three Strikes” law (California Penal Code §§ 667.6(b) to (j) and 1170.12).  If the defendant already has a strike or two strikes on his or her criminal record, the sentence is further enhanced.  If defendant has one strike, his sentence is usually doubled (§ 667.6(e)(1)) and if the defendant has two strikes, the sentence is usually an indeterminate term of twenty-five years to life (§ 667.6(e)(2)(A)(i) – (iii)).

Lastly, in our experience, carjacking can be the result of someone being under the influence of drugs.  In one case, our client was struggling with substance abuse issues that had a mental disorder element.  When this is the case, it is wise to consider the new mental disorder diversion under Penal Code § 1001.36, recently passed into law in late June 2018.
For more information about strike offenses, click on the following articles:
Contact Greg Hill & Associates