Home
Other Information
Criminal Defense Articles
What Is Being an Accessory in Assisting Parolee Abscond?

What Is Being an Accessory in Assisting Parolee Abscond?

Jane Nuckles considered parolee Adam Gray her son-in-law because Gray and Nuckles’ daughter had a child together.  Nuckles lived in Kings County in California.  Both Knuckles and Gray were on parole.

Brief of Article:  Woman allowed parolee to stay at her house guilty of being an accessory in assisting parolee abscond from supervision.

In 2009, Gray’s parole officer lost contact with Gray.  Gray was living at Nuckles’ home.  While he was there, Gray was featured as a wanted fugitive in the “Crime Stoppers” section of the local newspaper.  Nuckles, Gray and Nuckles’ boyfriend celebrated Gray’s inclusion in the paper.  The boyfriend (this came out later) told Gray that he worried that Nuckles’ harboring Gray could result in Nuckles’ own parole being revoked and her returning to prison.  Nuckles dismissed this concern, saying she would “take a bullet” for Gray. 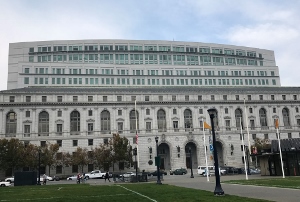 California Supreme Court San Francisco
The boyfriend then heard Nuckles and Gray making plans of how to evade police if police come to her house looking for Gray.  Nuckles and her boyfriend then got in an argument and the boyfriend called the police on Gray.  Police came to the home, arrested Gray and sent him back to prison for six months.  Police also arrested Nuckles.  She was charged with being an accessory to Gray’s absconding from parole.
The crime of accessory consists of the following elements:
This interpretation of Penal Code § 32, “Accessory Liability,” was set out by People v. Plengsangtip (2007) 148 Cal. App. 4th 825, at 836.

At trial, Nuckles argued that she did nothing to aid Gray in the crime that he went to prison for, dissuading a witness.  She therefore could not be an accessory to such a crime.  However, she was convicted by the trial court and appealed.

The California Supreme Court explained that the concept of punishment is broader than simply the term of imprisonment.  The court equated Nuckles’ conduct to helping Gray avoid a prison term, noting People v. Jefferson, a 1999 case.  Jefferson held: “[U]nder the present law, the prison ‘term’ is the actual time served in prison before release on parole, and the day of release on parole marks the end of the prison term…”

Indeed, other courts have acknowledged that parole following a prison term is a continuing  form of punishment.  Samson v. California (2006) 547 U.S. 843, 850.  It is in fact a mandatory component of any prison sentence (Penal Code § 3000(a)(1)).  During parole, the parolee is still in the corrective custody of the Department of Corrections and Rehabilitation.

Here, the Supreme Court found, there was no question that Gray committed a felony, was sentenced to prison and was on parole.  Nuckles was aware of this.  She was aware that he was a fugitive while living with her.  Her conviction and sentence of four years in state prison was consequently affirmed.

This article is brought to our reader’s attention because parole is an often misunderstood concept and needs to be better understood so our clients can avoid parole violations.
The citation for the California Supreme Court ruling discussed above is People v. Jane Nuckles (2013) 56 Cal. 4th 601.
For more information about accessory liability, click on the following articles:
Contact Greg Hill & Associates