What Is Assault (PC 240)? Defenses? Punishment?

Assault is a crime that often seems hollow because no one is physically injured, although no prosecutor would so characterize it.  Assault, as defined by Penal Code § 240, is “an unlawful attempt, coupled with the present ability, to commit a violent injury on the person of another.”  It is not necessary that defendant inflict any injury at all.  Assault is a misdemeanor.

About This Article Briefly:  Assault is an intentional (willful) act that by its nature would directly and probably result in force to another.  An actual injury or battery to another is not required at all.  It is, however, not a specific intent crime as many believe.

To be guilty of assault, one must willfully commit an act that by its nature would directly and probably result in force to another.  “Willfully” means intentionally or on purpose.  A good example of this might be someone throwing a rock forcefully and directly at someone’s head from close range.  A “violent injury” is a harmful or offensive injury.  Spitting at another is often characterized as an assault, as is attempting to punch another person, but missing. 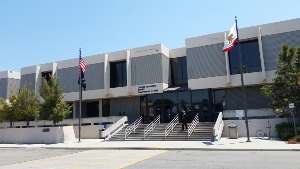 Assault has been the subject of many courts struggling with exactly what mental state is required.  In 2001, in People v. Williams (2001) 26 Cal.4th 779, 790 (endnote 5), the California Supreme Court held that “assault does not require a specific intent to cause injury or a subjective awareness of the risk that an injury might occur.  Rather, assault only requires an intentional act and actual knowledge of those facts sufficient to establish that the act by its nature will probably and directly result in the application of force against another.”  Mere recklessness or criminal negligence is not enough.

The punishment for one convicted of assault is a maximum $1,000 fine and six months in county jail.  When assault is committed against a parking lot attendant, there is a maximum $2,000 fine (Penal Code § 241(b)).  When committed against a peace officer, firefighter, EMT, paramedic, lifeguard, process server, code enforcement officer or animal control officer and the defendant knows of the victim’s status, there is a maximum $2,000 fine and one year in county jail as punishment (Penal Code § 241(c)).  With each form of assault, punishment usually includes a requirement that the defendant enrolls in and complete an approved batterer’s program and community service of some duration.

In contrast, it merits mention that Assault with a Deadly Weapon (“ADW”) is a different charge.  ADW is a felony or a misdemeanor (it is a wobbler) and charged under Penal Code § 245,  It involves use of a deadly weapon, most commonly a car, or other instrument capable of causing great bodily injury.  The use of a gun, however, is not charged separately.  ADW carries with it a minimum two year prison sentence (when charged as a felony) and a maximum sentence of four years, before any enhancements are added.

When an assault results in physical force being exerted upon another person, a battery results (Penal Code § 242).  In other words, with battery, there is an injury.  Assault is just conduct that probably and directly could have caused an injury.

Assault is often confused with criminal threats, defined at Penal Code § 422.  Criminal threats involve a threat of death or great bodily injury.  The victim, too, must be placed in sustained fear for his or her safety or that of her or her immediate family.  Criminal threats, in other words, is far more serious and accordingly, a violation of 422 can be charged as a felony or a misdemeanor (a “wobbler”).  Criminal threats is also a strike offense under California’s Three Strikes Law, meaning defendant must serve a minimum of 85% of the jail or prison sentence imposed.

The defenses to a charge of assault are primarily self-defense, defense of others and mutual combat.  The degree of force allowed in self-defense, defense of others and mutual combat is that which is reasonable under the conditions and similar in amount to which the response it made.  The other common defense is lack of intent.  This arises when defendant’s intent was only to scare the other person in a playful manner.  There was no purpose of causing the person to be placed in apprehension.

Lastly, we see this charge arise in the context of pending divorces or messy romantic break-ups.  Revenge or retaliation may be a strong ulterior motive in the “victim” rushing to police.  A feuding wife in a pending child custody battle may also falsely claim assault with hopes that criminal prosecution of her husband or the child’s father will help her gain custody rights and child support payments.