Home
Other Information
Criminal Defense Articles
What Is a Penal Code § 995 Motion under California Law?

What Is a Penal Code § 995 Motion under California Law?

In any felony case, there is often a discussion by defense counsel of a “995 Motion.”  What is this motion?  What is it for?  Why do most attorneys believe it is an important motion to file?  When is it filed?

A motion under Penal Code § 995 is known as a “995 Motion.”  It asks a judge to dismiss the whole or just parts of an information (the criminal complaint after a preliminary hearing) when the judge at the preliminary hearing in the matter failed to do so. People v. Hudson (1917) 35 Cal.App. 234, 237. 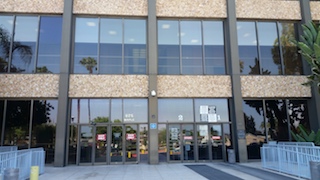 From our experience, we think filing such a motion serves a practical purpose in two ways, but must be done carefully.  When a judge in the court handling the preliminary hearing truly made a mistake in denying a motion to dismiss, a 995 motion seeks to correct that error under the court’s inherent power under Penal Code § 1385 in the furtherance of justice.

The motion is based upon the transcript from the preliminary hearing transcript (or grand jury transcript).  Booth v. Superior Court (1997) 57 Cal.App.4th 91, 99-100 [and cases cited therein].  In other words, the police report cannot be cited.

To issue a holding order, meaning that the case continues beyond the preliminary hearing, the judge does not need to hear sufficient proof to sustain a conviction.  The standard of proof is reasonable or probable cause, not proof beyond a reasonable doubt.

This means that the record from the preliminary examination must raise a "clear and distinct inference of the existence of the essential elements of the crime charged." People v. McKee (1968) 267 Cal.App.2d 509, 515.

For more information about dismissal of charges for various types of crimes by motion, click on the following articles: