Home
Other Information
Criminal Defense Articles
What Is a Motion to Obtain Privileged Psychiatric Records?

What Is a Motion to Obtain Privileged Psychiatric Records?

Why This Article Matters: A Hammon-Reber motion is a request for the judge to issue an order compelling the production of the psychiatric or psychological records of a witness or victim, most commonly because the records contain a description of the crime that refutes the police report and may support an affirmative defense.

In many of our cases, our clients are interested in telling us how the victim or a witness has a bad reputation, a criminal history or a reputation for dishonesty.  The client is keen to have our office explain this to the judge or the prosecutor as a way to, our clients hope, having the case dismissed.

We have to be exceedingly careful in how to handle such information, as it could be valuable impeachment if introduced later in the case before a jury.  So bringing it to the attention of the prosecutor early may be counterproductive because the prosecution will be alerted to the issue and file a motion in limine to exclude such information at time of trial.

Nevertheless, such information, if documented in psychiatric records of the witness or victim, can be useful in other contexts.  This article will not address the admissibility issues of a witness’ prior felony convictions or misdemeanor convictions for crimes of dishonesty or introducing impeachment evidence gathered for the defense by private investigators. 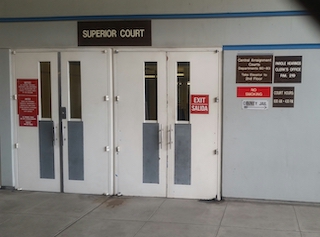 Good cause must start with establishing to the judge why the content of such records would be relevant and helpful to a defendant.  If the victim or the witness was under care of a psychiatrist or psychologist as a patient at the time of the incident, the patient’s description of the alleged crime would be relevant.  The absence of such a description may establish that the alleged victim or witness lied to the police.  When mistaken identity of the defendant is a defense, the records may be relevant toward developing this defense.

To establish this, a private investigator report may be useful.

When the case is a sex offense and the victim claims repeated sexual trauma, the records may rebut the victim’s claims of when such conduct started.  Such records may also undermine a restitution claim in a sex case for mental suffering.

It is critical that defendant appreciate that judges are reluctant to grant such motions, as the attempt to gain such information may be a “fishing expedition.”  It is also important to understand that the records cannot be used in a generalized way to suggest poor character.  A mere contention that the victim received some mental health treatment for some mental problem is not good cause for production.  People v. Pack (1988) 201 Cal.App.3d 679, 248 Cal.Rptr.240; see also Farrell L. v. Superior Court (1988) 203 Cal.App.3d 521, 250 Cal.Rptr. 25 (magistrate properly refused to compel production of names of members of a victim’s counseling group because information was too tangential).

As trial proceeds, it will then be necessary to determine the admissibility of the records, based on the purpose for which defendant seeks to disclose the information and admit the records.  Hammon, at 1127.  Only records that are essential to vindicate the defendant’s constitutional right to confront a witness may be disclosed.  People v. Reber (1986) 177 Cal.App.3d 523, 223 Cal.Rptr. 139, disapproved on other grounds in Hammon, at 1123.