Home
Other Information
Criminal Defense Articles
What Are the Warnings a Judge Says When Taking a Plea?

What Are the Warnings a Judge Says When Taking a Plea?

The Reader’s Digest Version: When a plea is taken, the judge cannot accept it unless it is entered knowingly, intelligently and voluntarily.  Accordingly, the judge must clarify the consequences of a plea (i.e., immigration, if one suffers a later similar conviction), which certainly may sound like warnings.

This article is intended to be read before court when a client will be entering a plea to agree to a plea bargain.  In our experience, when the client agrees to a plea bargain, the focus immediately shifts to how he or she will take the classes, serve the thirty or sixty days in county jail (or whatever length of time is negotiated), etc., little or no time is set aside to understanding what giving up one’s right to trial means.

Most importantly, a defendant who pleads no contest waives any evidentiary challenge to the truth of the underling offense in the same way that a defendant who simply pleads guilty.  People v. Padfield (1982) 136 Cal.App.3d 218, 227. 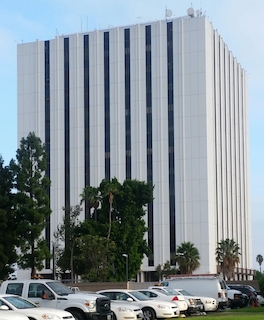 Compton Courthouse
The judge will ensure that a defendant in a misdemeanor and felony case is informed of and explicitly waives each of the four following constitutional rights before entering a valid no contest or guilty plea (People v. Sumstine (1984) 36 Cal.3d 909, 921):
In both misdemeanor and felony cases, the court must advise defendant that the conviction may have immigration consequences and may result in defendant being deported, excluded from admission to the United States or denied naturalization.  Penal Code § 1016.5(a); People v. Superior Court (Zamudio) (2000) 23 Cal.4th 183; People v. Arujo (2016) 243 Cal.App.4th 759, 763.

In taking the plea, usually toward the end of it, the judge should state on the record that he or she finds the plea was entered into voluntarily, knowingly and intelligently.  This is required under In re Johnson (1965) 62 Cal.2d 325; People v. Garcia (1979) 98 Cal.App.3d Supp.14.

Finally, the judge should advise defendant that as a direct consequence of the plea, there may be fines, restitution fines, penalty assessments, drug and laboratory fees if applicable, as well as mandatory revocation or suspension of driving privileges on a DUI conviction.  If prison is imposed, the judge should advise defendant of the mandatory parole period defendant may have to serve after completing the prison term, as well as the potential maximum sentence in the case.