Home
Other Information
Criminal Defense Articles
What Are “Super Strikes” in the Context of Prop 47?

What Are “Super Strikes” in the Context of Prop 47?

Many criminal defense attorneys will know that one is not qualified for Prop 47 relief if that person has a prior conviction for a “Super Strike.”

In a Nutshell: A judge can deny a Petition for Resentencing Under Prop 47 if petitioner has a prior conviction for a a “Super Strike.”  This is one of the more serious strike offenses such as murder, mayhem, homicide, any sexually violent offense or assault on a police officer with a machine gun.  However, when is “prior?”  Before the Prop-47 eligible offense or anytime, including after?  This summary held “prior” means anytime before seeking resentencing, so it could be after the Prop-47 eligible offense.

A “Super Strike” means a conviction for one of the offenses listed under Penal Code § 667(e)(2)(C)(iv) such as a sexually violent offense like oral copulation with a child under 14 and who is more than 10 years younger than defendant, sodomy with a person who is under 14 years of age and more than 10 years younger than defendant, sexual penetration with another person who is 14 years of age or younger and who is more than ten years younger than defendant, a lewd or lascivious act with a child under 14 years of age, any homicide offense, including attempted homicide, solicitation to commit murder, assault with a machine gun on a peace officer or firefighter, possession of a weapon of mass destruction, or any serious and/or violent felony offense punishable in California by life imprisonment or death.
However, most attorneys would understand this disqualification criteria to apply only if one had such a “Super Strike” conviction before suffering a Prop 47-eligible.  However, such an interpretation, once one thinks more about this, really does not make too much sense because if one is convicted of a “Super Strike,” he or she most likely will spend the remainder of their life in prison and not have the freedom to engage in the mischief that allows committing a new crime (one that is otherwise Prop 47 eligible).
Therefore, it only makes sense that the “Super Strike” most likely is suffered only after the commission of an otherwise Prop 47-eligible offense. 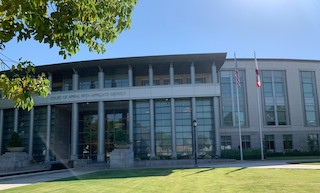 Court of Appeal Fifth Appellate District Fresno
The Fifth Appellate District Court of Appeal case of People v. Omar Casillas (2017 DJDAR 7127) epitomized this situation and for this reason we summarize the opinion here.
In 2006, Casillas pled no contest to felony possession of a controlled substance (Health & Safety Code § 11377(a)) and admitted that he had served a prior prison term (Penal Code § 667.5(b)).  He was then placed on probation, but violated probation and was sentenced to three years in state prison.
After completing that sentence, in 2013, he was convicted of attempted murder (Penal Code §§ 187(a), 664), false imprisonment (Penal Code § 236), assault with a semiautomatic firearm (Penal Code § 245(b)), unlawful possession of a firearm (Penal Code § 29800(a)(1)) and unlawful possession of ammunition (Penal Code § 30305(a)(1)).  In connection with the attempted murder, the jury found true that he personally and intentionally discharged a firearm (Penal Code § 12022.53(c)).  He was then sentenced to 29 years in state prison.
In 2014, Prop 47 was approved by voters and became effective on November 5, 2014.
On May 29, 2015, Casillas filed a petition to reduce his 2006 felony drug conviction to a misdemeanor under Penal Code § 1170.18(f).  If granted, this would help reduce his 29-year sentence.  The trial court judge in Kern County denied the petition on grounds that Casillas had been convicted of a “Super Strike” offense, attempted murder, in 2013.
Casillas then appealed this ruling to the Fifth Appellate District Court of Appeal, arguing that Prop 47’s prohibition on relief only concerned “Super Strikes” suffered before the Prop-47 eligible offense, not after.  After all, the wording in Prop 47 is “prior conviction,” not “conviction at any time.”
The Fifth Appellate District found this use of the word “prior” to be ambiguous, so it evaluated the act’s legislative history.  The appellate court found that legislators wanted the benefits of Prop 47 to reduce prison sentences and extend to anyone “except those who are convicted of dangerous crimes like rape, murder, and child molestation.”  The legislators did not want those convicted of such crimes to benefit from this act.
Therefore, the Fifth Appellate District held that a prior conviction for a “Super Strike” included anyone convicted of such a conviction prior to seeking Prop 47 relief, which could include after the otherwise Prop 47-eligible offense, as with Casillas here.
The citation for the Fifth Appellate District Court ruling discussed above is People v. Omar Casillas (5th App. Dist., 2017) 13 Cal.App.5th 745.
For more information about eligibility for Prop 47, please click on the following articles:
Contact us.
Serving Torrance, Long Beach, Compton, Airport Courthouses and Other Courthouses.