Our client, age 30, was out with an old friend for dinner in Artesia.  The friend was going through marital problems and our client was asked to hear him out.

It was about 10:00 p.m. when he left the restaurant to head home in Long Beach.  At the time, he was driving a rental car due to his own car being in the shop for some engine problems.  This was quite stressful for our client because the car repair bill was depleting his meager savings he had after he was laid off after working for a medical supply company for many years.  He was scrambling to make ends meet.

As the client was heading eastbound on the 91 Freeway, just before the Valley Boulevard exit, he looked to his rear-view mirror and saw the pink and blue flashing lights of a police car directly behind him.  The client obediently pulled off the 91 at Valley Boulevard and came to a stop in a gas station parking lot. 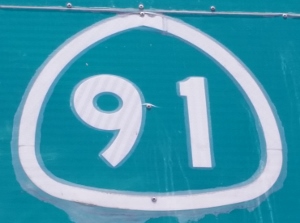 The officer then ordered our client out of the car and asked our client to blow into a hand-held device the officer brought over from inside his trunk.  This was a Preliminary Alcohol Screening (PAS) device.  Our client was cooperative and provided such a breath sample.  He had no prior convictions of any sort.

While the client was giving his breath sample, the other CHP officer searched the interior of our client’s car without the client’s consent.  He found inside the closed center console a large zip lock baggie with 253 grams of MDMA (Ecstasy) tablets.  Police did not find any scale, pay-owe sheet, extra baggies or additional cell phones.  The client did have approximately $4,500 in cash in his pocket in $20 bills.

The handcuffs were immediately applied to our client’s wrists after this illegal search.  The client was never told what his blood alcohol content (BAC) was   at by the PAS device.  It should be noted that the client was certainly detained at the time, so the Fourth Amendment would apply.  He had not yet been arrested, so a warrantless search incident to an arrest was not proper.  The automobile exception to the warrant requirement also would not apply because the officers never even asked our client about drugs.

Our client was taken to the police station and, when given the choice between a breath and a blood test, opted for a blood test.

The fact that the police even gave our client such a choice demonstrated that they still believed our client had been driving under the influence.

Our client was then asked dozens of questions about the Ecstasy tablets, but politely declined to answer any question at all.  Police respected this and released him approximately six hours later, telling him he needed to “dry out” first.  Remarkably, they did not tow the rental car and our client was able to retrieve it from the gas station after taking an Uber there upon being released, although with all his cash taken by the police as evidence of sales of a controlled substance.

The same day that the client recovered his rental car, he called Greg Hill and met with Greg.

Greg listened to the client’s description of what happened and commented that he thought the police knew about the Ecstasy tablets before making the traffic stop.  The traffic stop would not be supported by the MVARS (Mobile Video Audio Recording System), so getting that would reveal the unlawful nature of the traffic stop.

Greg Hill & Associates then reserved a DMV Hearing for the client, never knowing what the client’s BAC actually was.  Our office reserved the hearing to first and foremost, defend the client at such a hearing, but secondly, to simply prevent the automatic suspension of the client’s license if such a hearing is not reserved.

About four weeks prior to the DMV hearing date, the DMV sent our office a letter, stating that the client’s license would be reinstated.  To this date, we do not know if this was because our client’s BAC was below 0.08% or because the police realized the blood test was an illegal search and seizure.

The criminal case for possession of a controlled substance for sales curiously was not filed.  At the time this summary is being written, our office is in the process of getting an order for the return of the client’s money and cellphone.

Had our office not reserved a DMV hearing as we did, our client’s license would have been suspended automatically when it never should have been.
For more information about DMV issues, please click on the following articles:
Contact us.
Serving Torrance, Long Beach, Compton, Airport Courthouses and Other Courthouses.