Our client, age 30, was charged with one count of driving under the influence of alcohol (Vehicle Code Section 23152(a)), a misdemeanor, and one count of violation of driving while having a 0.08% or higher blood alcohol level (Vehicle Code Section 23152(b)). Our client, when arrested, loudly yelled at police, screaming expletives at them for over twenty minutes.

The Reader’s Digest Version:  Sometimes, the DA may not know about a client’s prior conviction for DUI or DWI from another state. The client may even have more than one such prior convictions. When this happens, as in this case, one can resolve the case as a first-time DUI.

The police were stunned by her outbursts. They had stopped her when she turned left right in front of a police car coming from the opposite direction, almost causing a collision with the police car. When the police turned on their flashing lights, our client then almost ran over several pedestrians in a cross-walk.

Her BAC was measured at 0.21% at the scene with a preliminary alcohol screening device (PAS). At the scene, she also failed certain field sobriety tests. 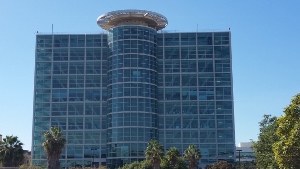 The Airport Courthouse District Attorney was outraged at our client’s disrespect of police officers and her high BAC. The client asked the DA to condition her remaining out of custody on her taking two AA classes per week. The DA extended an exceedingly harsh initial offer, specifying that our client attend a full year of AA meetings, for example.

When Greg Hill interviewed the client he discovered three things of relevance. First, the client had a prior DUI from New Jersey that the Los Angeles District Attorney had not discovered yet. Second, the client’s outbursts were related to a post traumatic stress disorder related to being recently raped and whenever a male was forceful with her, she became belligerent. Third, both of the client’s ankles were permanently injured from a lengthy athletic career and the field sobriety tests were conducted on very uneven ground.

Our office then wrote a letter to the District Attorney, seeking empathy for the client’s yelling and explaining the reason for her behavior. While nothing can erase a 0.21% BAC reading, the client’s poor performance on the field sobriety tests was partially related to her physical limitations and the rough ground on which the tests were administered.

Greg Hill also pointed out that the police officer’s initial observations on the police report that “when the client stepped out of the vehicle, I detected a strong odor of alcohol emitting from the vehicle” was obviously cut and pasted from another report, as our client was driving an open air jeep, so such an odor would not emit from the vehicle. The officer also failed to explain how the odor, if any was really detected, was attributable to our client, as our client had three other equally intoxicated passengers.

Our office also showed the District Attorney eight by ten color photographs of the area where the field sobriety tests were administered. Lastly, our office also attached many letters of recommendation of the client from her many employers and friends, as well as diplomas and even photographs of her with famous customers of hers.

The District Attorney, upon reading the letter and its attachments, genuinely sympathized with our client and “sweetened” the offer to eliminate the 52 weeks of AA meetings. The offer nevertheless required our client to attend the nine month alcohol awareness program (AB1353) for anyone with a BAC above 0.15%, pay a $390 fine plus penalties and assessments, attend a MADD meeting and submit to three years of being on summary probation.

Our client quickly accepted the offer, as the DA had softened the offer in consideration of her situation, but had not yet researched the criminal background of our client from New Jersey. Our client felt she had received about the best deal she could, considering her predicament.

Had the District Attorney discovered the other DUI, our client faced a maximum of one year in jail. With the deal accepted, she entirely avoided jail.