Our client, in town for business from Pittsburgh, was driving northbound on Sepulveda Boulevard near Sherman Way.  It was a hot afternoon.  Our client had no prior criminal history.
For reasons he does not understand, he decided to masturbate while driving.  As he pulled up to a red light to stop, there was a woman who appeared to be a prostitute standing on the corner.  He looked over to her and she returned the glance.
She then walked over to the open passenger window and looked into the car.  She immediately saw his erect penis and while shocked, managed a sarcastic, “Do you need a little help with that?”
Our client had no idea that this woman was actually a police officer, acting as a decoy, in support of the Los Angeles Police Department’s vice unit.  In response to the decoy’s question, our client answered, “No, I can take care of this myself.” 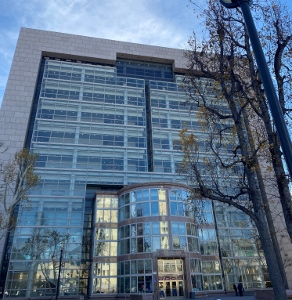 The traffic light then turned green and our client moved forward, only to be almost immediately pulled over by a marked LAPD vehicle and cited for solicitation of prostitution, Penal Code § 647(b).  The client was ashamed and embarrassed that he was being cited for indecent exposure.  He felt his whole life was about to come to an ignominious end.
He signed the citation’s promise to appear in the Van Nuys Superior Court in about six weeks and folded the citation away, only too eager to return to his hotel room.
Our client returned to Pittsburgh the following day and began researching Penal Code § 647(b) on the Internet.  He read about the maximum penalties and on some websites, the comment that conviction for violating § 647(b) carries with it the possibility of being ordered to register as a sex offender for life under Penal Code § 290.  He grew anxious and called Greg Hill & Associates.
He immediately spoke with Greg Hill and discussed the facts of his case.  He explained that he and the decoy never discussed any exchange of money for sex and in fact, he declined her offer to “help” him.  Greg told the client that he though the citation was issued in error and that he would immediately write a letter to the Los Angeles City Attorney’s Office that handled such cases.  The letter would only emphasize that our client was from out of town and only here for business, age 60 and had no prior criminal history at all.  Greg only wanted to emphasize that our client and the decoy never agreed to an exchange of money for sex and in fact, never even discussed money.
The client wanted Greg to describe how the decoy approached the client, rather than visa-versa.  Greg agreed to this addition, but nothing more.
Greg explained he did not want the police to look too closely at the case facts, as the client’s state of undress was arguably indecent exposure (Penal Code § 314), a conviction for which carries a mandatory obligation to register as a sex offender for life.
Greg was then retained and wrote the letter, both the Los Angeles City Attorney’s Office and the LAPD.
There was no response before the arraignment.  However, Greg appeared on the client’s behalf (the client remained in Pennsylvania at work) at the arraignment, pleased to see that the Los Angeles City Attorney’s Office declined to file a case.
The client was greatly relieved at this decision and happy that he had retained Greg Hill & Associates to not only write the letter, but appear in the Van Nuys Superior Court so he did not have to make a special trip from Pittsburgh to Los Angeles for his case.
For more information about prostitution and no file issues, please click on the following articles:
Contact us.
Serving Torrance, Long Beach, Compton, Airport Courthouses and Other Courthouses.