Use of BB Gun Can Be Assault with a Deadly Weapon

Quamie Brown allegedly drove his white Cadillac up to Gerardo Calderon and Jesus Castro, who were standing on the sidewalk.  Brown allegedly called over to Castro, through his rolled down window, “What the fuck are you guys doing here?  Get the fuck out of our neighborhood.” Castro then told Calderon, “Let’s get out of here.”

The Point of This Article:  A BB gun can be a deadly weapon if one is shot in the face, the appellate court ruled, so a charge of assault with a deadly weapon in this case was proper, especially because defendant was just five feet away from the victim.

Brown then sped off, but was later arrested.  Police had received other reports of three earlier incidents involving a shooter from a white Cadillac the day prior.  Brown was a member of the Black P-Stones gang. 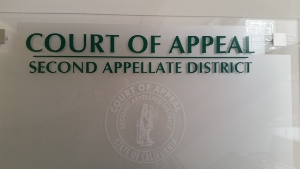 Brown was tried and convicted of two counts of assault with a deadly weapon (Penal Code § 245(a)(1)).  He was sentenced to four years in state prison.  The District Attorney had charged Brown with a gang enhancement under Penal Code § 186.22 (g), which would have added ten years to Brown’s sentence, but the judge (Leslie A. Swain) struck this allegation in the interest of justice under Penal Code § 1385.

Brown then appealed, arguing that he only committed simple assault and that the court committed prejudicial error by giving the jury a jury instruction which read:

“a deadly weapon is any object, instrument, or weapon that is inherently   deadly or dangerous or one that is used in such a way that it is capable of causing and likely to cause death or great bodily injury.”
CALCRIM 875.

The Second Appellate District, in People v. Quamie Brown (2012 DJDAR 14417), agreed with Brown that CALCRIM 875 improperly allowed the jury to convict Brown with assault with a deadly weapon because the definition was overbroad or, at least, ambiguous.  The instruction allowed the jury to find that a BB gun was inherently dangerous even if it was not used in a way to cause death or great injury.  Indeed, the court noted that neither Castro nor Calderon received medical attention for their injuries.

The court of appeal, however, curiously found that the error was harmless.  The court reasoned that the evidence supported the convictions, especially because Brown shot both victims from five feet or less.  Had Calderon and Castro not thrown themselves on the ground, the court noted, they just as easily could have been hit in the face, causing serious injury.  In this regard, the BB gun certainly was used as a deadly weapon.

The court of appeal also commented that a BB gun, while not inherently a weapon capable of causing death or serious bodily injury, can do so in certain circumstances, just as can a bottle or a pencil.

Lastly, the Second Appellate District responded to perhaps Brown’s best argument.  Brown argued that under People v. Green (1980) 27 Cal.3d 1 and People v. Guiton (1993) 4 Cal. 4th 1116, because there is no basis to determine whether the jury relied upon legally incorrect theory, as even the court agreed that a BB gun is not an inherently dangerous weapon, his conviction must be reversed.  The court responded that this type of error, although real in Brown’s case, was harmless because the evidence leaves no doubt that the conviction was proper.  There was no reasonable doubt to the court, considering all the evidence, that Brown used the BB gun in a manner capable of inflicting or likely to inflict great bodily harm.
The citation for the Court of Appeals suling discussed above is People v. Quamie Brown (2012) 210 Cal.App.4th 1, 147 Cal.Rptr.3d 848.
For more information about assault, click on the following articles:
Contact Greg Hill & Associates