Home
Other Information
Criminal Defense Articles
Under SB 1437, How Do Jury Instructions Apply?

Under SB 1437, How Do Jury Instructions Apply?

The Gist of this Article: In the context of a a judge evaluating an SB 1437 petition for resentencing, the jury instructions demonstrate how the jury was instructed and will show what theories of murder liability the prosecution proceeded under, i.e., the felony murder rule or the natural and probable consequences doctrine.

The following summary of a recent (July 9, 2020) Sixth Appellate District ruling is, more than other summaries perhaps, a good example of how Senate Bill 1437 can be easily misunderstood.
On May 4, 1995, Danny Garcia and Kurt Hintz were in a parking lot arguing over a CD and money.  Martin Soto was sitting in his car behind the wheel, waiting for Garcia while he argued.  Finally, a frustrated Garcia got into Soto’s car and before Soto could drive away, Garcia asked Soto what he should do.
According to a witness, Soto answered, “just shoot the mother&%$#.”  Garcia then did so and Hintz died.  Soto then drove away.

The instructions on murder included definitions for express and implied malice.  Of particular interest for this article, the instructions defined implied malice as “when 1. The killing resulted from an intentional act; 2. The natural consequences of the act are dangerous to human life and 3. The act was deliberately performed with knowledge of the danger to, and with conscious disregard for, human life.”

Regarding involuntary manslaughter, the trial court instructed the jury that Soto could be found guilty of that crime if, among other things, the People proved it “was a natural and probable consequence of the commission” of “grossly negligent discharge of a firearm, exhibiting a firearm, assault with a firearm or assault” and Soto aided and abetted such crimes committed by a “co-principal.”

The jury then convicted Soto of second-degree murder (Penal Code §§ 187 – 189), apparently finding that he acted with implied malice, and found true the allegation that the murder was perpetrated by means of discharging a firearm from a motor vehicle (Penal Code § 190(c)). 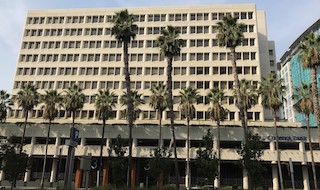 Court of Appeal Sixth Appellate District San Jose
The jury instructions defined second-degree murder as an unlawful killing manifesting an intent to kill, but without deliberation and premeditation, or an unlawful killing resulting from an intentional act, the “natural and probable consequences” of which are dangerous to human life” and which “was deliberately performed with knowledge of the danger to, and with conscious disregard for human life.”  CALJIC No. 8.31.

Nearly 24 years later, in 2019, Soto, acting in pro-per, filed a petition for resentencing under Penal Code § 1170.95 (SB 1437).  He declared in his petition under penalty of perjury that he was convicted of second degree murder pursuant to the felony murder rule or the natural and probable consequences doctrine and that he could not now be convicted of murder under then changes made to Penal Code §§ 188 and 189.

In opposition, the district attorney argued that Soto was convicted of aiding and abetting murder with malice and the jury was not instructed on the natural and probable consequences or the felony murder doctrine as to first- or second-degree murder.  Rather, the judge instructed the jury on the natural and probable consequences doctrine only as to the lesser offense of involuntary manslaughter.

The DA attached to his opposition a copy of the endorsed file-stamped jury instructions from Soto’s trial and a file-stamped copy of the Sixth Appellate District’s opinion in his direct appeal immediately after the verdict.

The trial court denied the 1437 petition for resentencing, stating it had reviewed the pleadings, the jury instructions and the Sixth Appellate District’s earlier opinion.  The court found Soto was ineligible for resentencing because he was convicted in accordance with the current law.

Soto then appealed to the Sixth Appellate District, which affirmed the trial court.  The appellate court agreed with the prosecution that the jury instructions show Soto simply was not convicted of second-degree murder based on the felony murder doctrine or the natural and probable consequences doctrine, but solely on his role as an aider and abettor of the killer, Garcia.

We present this summary for a rather fundamental point: before concluding that someone is entitled to relief under SB 1437, it is a good idea to review the jury instructions to see if the jury was instructed on the prior felony murder doctrine or the natural and probable consequences doctrine.  If this was not how the conviction arose, 1437 relief is not available, as Mr. Soto’s appeal exemplifies (People v. Martin Soto, 2020 DJDAR 7194).
The citation for the Sixth Appellate District Court ruling discussed above is People v. Martin Soto (6th App. Dist., 2020) 51 Cal. App. 5th 1043, 265 Cal. Rptr. 3d 571.
For more information about 1437 issues, please click on the following articles:
Contact us.
Serving Torrance, Long Beach, Compton, Airport Courthouses and Other Courthouses.