Our client, age 43, had signed up to get text alerts from the Torrance Police Department of their warnings and activities.  He lived in Torrance and cared about his community.  He had a family with girls, ages 4 and 8.  He worked as an information technology officer locally as well.  He had no prior criminal history except a DUI in his twenties.

In a Nutshell: Client arrested in Torrance during prostitution sting.  Our office seeks mental health diversion for the client, but the judge denies this.  Client ends up resolving the case with a conviction and three years of informal probation.

One day he received a text alert that the Torrance Police would be conducting a sting operation for prostitution in Torrance.  He was shocked to think that prostitution was considered a problem at all in Torrance, so he went onto Craig’s List under “Adult Classifieds” and found the ad that he thought might be how the Torrance Police were using to attract potential “johns” in their sting.
He responded to the ad because he wanted to see which hotel the police were using in Torrance.  He wanted to see how such a sting operation worked. 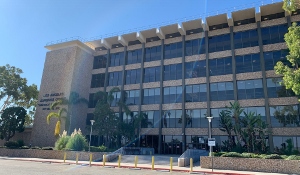 After he responded to the advertisement, a person asked him if he was interested in sex and our client responded that he was and asked where he could meet the person, who portrayed “herself” as a woman.  The supposed prostitute asked if he had enough money and so our client found a picture on the Internet of about ten twenty-dollar bills laid out.  He sent this photo via text to the prostitute and the two discussed what sex acts he wanted (“everything”) for $100.  The supposed prostitute then instructed our client to meet “her” at a specific hotel in Torrance.
Our client went to the hotel, parked his car and walked around the inside of the hotel.  Undercover police officers watched him.  Our client went to the designated room to meet the alleged prostitute, but he did not knock on the door.  He turned around and walked back to his car, disappointed that he did not see much happening.
Undercover Torrance Police then approached him and asked him what he was at the hotel for.  Our client quickly realized that they were police and could not provide a quick answer.  Police asked to search his car and our client consented.  They found his phone and our client allegedly gave police his password.  They quickly noticed his text messages and realized he was the john that police had instructed to go to the hotel.
Our client was then arrested, protesting all along that he was just curious about the sting.  Police could not find the money our client had texted a photograph of to police.
He was then booked and released on his own recognizance with a signed promise to appear in the Torrance Court in about two months.
The client immediately called Greg Hill and explained what had just happened.  He explained that he was impotent without Viagra and/or Cialis, which he had not taken prior to going to the hotel, so it would have been impossible for him to commit the crime anyways.
Greg suggested that the client get a blood test to show the absence of either erectile dysfunction prescription.  The client then tried to find a clinic that would simply take his blood and allow him to keep a sample for further testing later as to the presence of Viagra or Cialis.  This proved to be very difficult, as our client contacted over 30 laboratories before finding one in the San Fernando Valley that allowed this.
Before the case was even filed, Greg wrote the Torrance City Prosecutor, suggesting that the case be resolved in an office hearing.  However, the case was filed nonetheless.  No response was even given to our suggestion that the case be resolved via an office hearing.
Greg then filed a motion for imposition of mental health diversion for the client, under Penal Code § 1001.36, but the judge in Torrance said she just did not agree with the client’s psychologist that our client’s mental illness (obsessive compulsiveness and manic-depression) led him to do what he did.
After seven court appearances, wherein the judge even suggested to the Torrance City Prosecutor that diversion might be a good idea, the case resolved with a conviction, three years of informal, or summary, probation, a $250 fine (plus penalties and assessments) and the requirement that our client attend a sex education class and submit to an HIV / AIDS test.  The Torrance City Prosecutors were not willing to help our client too much.
We offer this summary as a cautionary tale to the reader: prostitution cases are handled quite differently in different courts.  Here, there was little leniency for our client, even when the judge nudged the prosecutor.  In other courts, our client certainly would have received mental health diversion or simple diversion.
For more information about the issues raised in this case, please click on the following articles:
Contact us.
Serving Torrance, Long Beach, Compton, Airport Courthouses and Other Courthouses.