Our client, age 20, was arrested after Rite Aid employees witnessed her placing about $26 worth of make up in her purse in their store in Rolling Hills Estates. 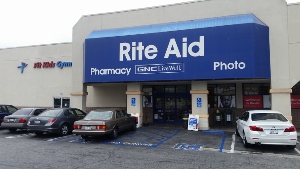 Loss prevention stopped her as she walked out the business’ front door without paying.  She was then taken back into the store to an office in the rear of the store.  The loss prevention officer asked our client if she had enough money to pay for the items, which our client did have.  In response to this question, our client asked to pay for the items (thinking maybe this would resolve the situation), but the loss prevention officer declined her offer.
The reason this question is asked is because if one does not have sufficient money to pay for the items, it is more likely that the suspect formed the intent to steal before entering the store, which means a charge of commercial burglary could be alleged.  Similarly, if the suspect brings in rubber gloves, a knife to peel off price tags or bar codes, commercial burglary may be a charge.

In our client’s case, she did not decide to steal until after she entered the store, so commercial burglary was not a fitting charge.  Instead, loss prevention recommended a charge of violating California Penal Code Section 484(a), petty theft, a misdemeanor.

The Reader’s Digest Version:  Shoplifting at Peninsula Center Rite Aid, $26 worth of make up, misdemeanor charge for petty theft (Penal Code § 484(a)) resolved for an infraction (Penal Code § 490.1).

Our client was not arrested, although the Lomita Sheriffs did come to the store in the Peninsula Center.  They met with loss prevention to hear what happened and then had our client sign a promise to appear in the Torrance Superior court in about two months.  The sheriff then handed our client a ticket.

The client called up Greg Hill & Associates, devastated and worried what the case would mean for her student loans, as she recalled that the paperwork warned her the entire loan balance would be due if she were convicted of a misdemeanor or a felony.

She was also worried about going to jail, but was of the impression that since just $26 in make up was stolen, she probably would not face jail time.  Greg discussed with her the facts and how he thought the case might resolve.  He discussed how under Penal Code § 490.1, a petty theft involving less than $50 and involving items related to the “necessities of life” a misdemeanor petty theft can be reduced to an infraction.

A few weeks later, the case was filed in Torrance.  Greg Hill appeared in court and discussed the case facts with the Torrance City Prosecutor.  Greg emphasized the client’s youth, her lack of any prior record, her cooperation with loss prevention and the low value of the items taken.  The Torrance City Prosecutor listened respectfully, but emphasized the amount was not so much the determinative issue, but the fact that she decided to steal.

While this comment is true, which Greg acknowledged to the City Prosecutor, he told the prosecutor that our client would face severe consequences with her student loans being due in full, which is a huge penalty, if the case were kept as a misdemeanor.  Greg thus asked for a reduction of the charge to an infraction.

He then negotiated a plea bargain for the client in which she agreed to plead no contest to Penal Code Section 490.1(a), petty theft, an infraction.  The client also agreed to pay a fee of $320.  Our client was very happy with the plea bargain reached.

Had our client fought her case at trial and been found guilty, she faced 180 days in county jail, 2 years of summary probation, and multiple fines.