Our client, age 34 in 2017, was arrested for DUI in Torrance.  He was taken to the Torrance police station, where he was asked to submit to a breath test there and blew breath samples measuring 0.18% and 0.20% blood alcohol content (BAC).
At the time, the client thought his case was hopeless and that his best way of handling this was to accept this reality and resolve it using a public defender.  He had no prior criminal history.  He had an excellent job as an account manager for a logistics company and had just recently married.  He did not want to make this case a major issue in his life.
The Torrance public defender assigned to the case negotiated a plea bargain wherein our client was placed on thirty-six months of informal, or summary, probation and was obligated to pay a $390 fine, plus penalties and assessments (total of about $1,900), enroll in and complete a three-month alcohol awareness program (AB541), pay the City of Torrance Booking Fee ($436) and complete the Mothers Against Drunk Driving (MADD) Victim Impact Panel (VIP) class.
The client quickly completed each of these obligations and was happy to move on with his life. 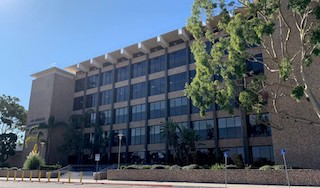 Torrance Courthouse
He and his wife discovered that they were unable to have children, so they decided to adopt a child.  They contacted many organizations that coordinated adoptions, but each one they contacted told them that our client’s being on probation was disqualifying.  This was heart breaking for the couple.  Other adoption agencies told him that with a conviction for DUI, he was disqualified.  One adoption agency out of Texas, however, told him that if his conviction was expunged, he and his wife would be immediately eligible to adopt.
So the client researched expungement online and contacted Greg Hill & Associates.  He had read about early termination of probation as well and thought he may be eligible to end his probation early.
He then called Greg Hill & Associates.  He had served a bit more than 18 months of the 36 months of informal probation.  He asked Greg Hill if it would be possible to have his probation ended early and then the conviction expunged.  Greg replied it was, but that there were some judges in Torrance who seemed to reserve a special place for DUI and domestic violence cases and often would not end probation early until the client completed two-thirds of the period of probation.  Greg thought with the client’s high BAC of 0.20%, a judge may consider his case fit a long probation period.  However, Greg said he would certainly file the motion and if granted, then seek expungement.  After all, adopting a child is certainly a valid reason to request early termination of probation.
Greg Hill & Associates then prepared, served and filed the motion for early termination of probation.  Included in the motion was a declaration from our client explaining his difficulty in adopting a child while being on probation and having a conviction for DUI.  The declaration included a letter from the one adoption agency in Texas that advised our client he would be immediately eligible for adoption if his conviction were expunged.
On the day of the hearing, the district attorney’s office advised that they would not be opposing the motion.  However, the judge hearing the motion appeared to be quite hesitant to grant the motion, finally saying that he did not understand why our client wanted early termination of probation if expungement of the conviction was what was needed.
Greg explained to the judge, who certainly knew this already, that before one could apply for expungement of a conviction, the applicant must have finished probation or had probation terminated early.  This seemed to assuage the judge’s concerns and he signed the order granting early termination of probation.
Our office then quickly prepared the petition for dismissal of the complaint, also known as expungement, using FL-180 and attaching to it a short memorandum of points and authorities, as well as a declaration from our client explaining why he sought expungement.
Greg then filed the petition, paying the $120 filing fee for the petition, and served it upon the Torrance District Attorney’s office.  At the hearing on the motion about three weeks after the filing date, the judge granted the motion.  The client, as well as his wife, were very happy.
For more information about early termination of probation and expungement, please click on the following articles:
Contact us.