In a Nutshell:  Torrance, client stopped for talking on cell, found in possession of 3.4 grams of meth and a 0.07% BAC, leaves town, arrested two years. Later, resolved as wet reckless, drug charges dismissed.

Officers pulled over our client and allegedly detected the odor of alcohol. They asked our client to produce his license and vehicle registration. He could produce neither. Police then asked to search the car and found a small baggy containing a hydrocodone tablet. Police then put our client through a series of field sobriety tests, which the police decided he failed. He then submitted to a roadside preliminary alcohol screening test and his breath measured 0.079% blood alcohol content.

Our client was then promptly arrested and walked to the jail. After a few hours there, he was released on his own recognizance with a promise to appear in about four weeks. 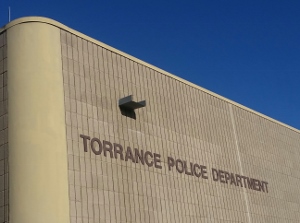 After three or four calls to the criminal clerk’s office over a three month period, he concluded no case would be filed and gave it a rest. During this time, he moved from one friend’s home to another in Torrance, but each time, according to him, he filed a change of address form with the post office so his mail would reach him at each new living location.

About two years following his arrest, our client moved north to Fresno. He had forgotten about his Torrance experience until one day when a Fresno police officer stopped him for a minor traffic violation and ran his driver’s license. The officer told our client that his license was suspended and that a bench warrant existed for him. He was then arrested.

After six days of being held in the Fresno police station, he was transported to Torrance. His family contacted Greg Hill & Associates and discussed the case. Greg went to the Torrance Police Station at the time the client was expected to arrive on a Sunday afternoon. However, the police would not allow Greg to talk to the client.

The charges were not insignificant and the initial offer, from the arraignment on the day the client claimed he appeared and was told no case had been filed, was tough: 60 days county jail, enrollment in and completion of the three month alcohol awareness class, a fine of $390, plus penalties and assessments, the Mothers Against Drunk Driving Victim Impact Panel and the Hospital and Morgue Program. Bail, furthermore, was set at $96,000.

Greg spoke with the Torrance City Prosecutor handling the case, who agreed to reduce the charges to a reckless driving (Vehicle Code § 23103) and reduce the fine to $300, plus penalties and assessments – as well as waive the Hospital and Morgue Program – if Greg promised not to bring a motion to dismiss for denial of the client’s Sixth Amendment Right to a Speedy Trial (also called a Serna motion).

Greg presented the offer to the client, who knew quite well that he would not be able to post bail and Greg knew the judge would not reduce bail due to the client’s prior failure to appear. He also desperately wanted to return home to Fresno and his family.

So the client did accept the plea bargain. With his eight days of actual time in custody, plus credits under Penal Code § 4019, his fines were reduced to a total of just $220. The client was quite happy with the plea bargain, especially because he did not have to plead to the possession of methamphetamine charge, which was dismissed, and he avoided having to install an ignition interlock device. He also avoided all further jail time.

The client was back home in Fresno the very next day.