Our client was driving with his girlfriend down Torrance Boulevard at approximately 11:00 p.m. when they began arguing.  While stopped at a traffic light, our client's girlfriend decided to leave the car, so she got out of the car.  The area was not a safe area and it was quite far from her own car or even a pay phone.  Our client also exited his car to encourage his girlfriend to get back in the car.  He was concerned about her safety there at that time of night.

Without All the Details, What Happened?  Torrance, client allegedly pushes girlfriend to ground in street, case dismissed.

A physical struggle and an argument ensued, wherein the girlfriend did fall to the ground.  It was not clear if this was because she lost balance or if our client knocked her down.  A witness, looking from an apartment window nearby, allegedly saw the "fight" and ran out to the scene to "rescue" the girlfriend while another neighbor summoned the police to the scene by calling 911.

The Torrance Police Department did come to the scene and immediately arrested our client, whose father was a retired police officer (about age 45).  The victim had bruises to her neck and her wrist was injured, however, no ambulance was called. 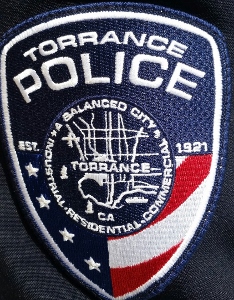 Our client was booked and charged with one count of Penal Code Section 242, battery, a misdemeanor and one count of Penal Code Section 243(e)(1), battery against a spouse, boyfriend/girlfriend or former boyfriend/girlfriend, a misdemeanor.  These were devastating charges for our client, who had just graduated college and dreamed of becoming a fireman.

The client’s father called up Greg Hill & Associates and demanded that the case be dismissed.  While the father was not present at the scene on the evening of the incident, he was convinced that if he talked to the judge and told him that he was a retired police officer, the judge would dismiss the case.

Greg politely listened to the father describe the awards he had received over the years for heroism and how his son would never have battered the girlfriend.  The father was convinced that the girlfriend was lying and that the police had fabricated the witness statements.  The father indicated he wished to question the witnesses and Greg tried to gently explain that witness intimidation or tampering might be alleged if the father did this, so he should not do so.

The father ended up making the decision to hire Greg Hill & Associates for his son.  His son later told us that three prior attorneys had kicked his father out of their office before they had met with Greg.

Greg then visited the scene with the client and realized that the so called witnesses could never have seen any fight because trees blocked their view.  Instead, they may have heard a loud argument and made assumptions.

Greg Hill wrote several letters to the District Attorney’s office in Torrance about the case and its problems such as mutual defense being a defense, the difficulties that the witnesses would have had to have seen the struggle and the client’s intention not to hurt his girlfriend, but get her back in the car.   His efforts were successful, as the District Attorney, in conversations with Mr. Hill, agreed to dismiss the case against our client.  Not once did Greg mention that the client’s father was a retired police officer.

Had the case proceeded to trial, our client faced six months in county jail.  Instead, the case was dismissed.  Our client can now apply as a fireman without any convictions on his record to hold him back.