Our client, age 40 and with no prior criminal history, was arrested shortly after midnight as she followed her friend through a residential neighborhood, allegedly at 55 miles per hour in a 25 mile per hour zone. The Torrance Police Officers who wrote the report claimed she ran a stop sign, too.

Police officers arrested both our client and her friend. 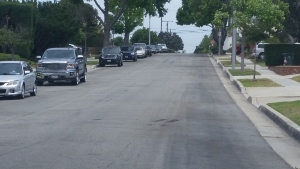 Our client indeed had consumed some alcohol (she believed two glasses of wine), but her breath test results of a 0.12% blood alcohol content, or BAC, taken at the scene with a preliminary alcohol screening (PAS) device, were lower than her blood test results from a sample taken over an hour later.

While such a rising BAC phenomena is not unusual if the breath test is taken before the alcohol is fully absorbed, i.e., usually within twenty minutes of drinking, this was not the facts in this case. Our client was not administered a breath test until after her friend was fully examined at the scene, which took approximately 30 minutes. Then our client was not tested for another ten minutes.

In other words, either the alcohol level in her system had forty minutes to descend or rise, depending upon the timing of her last drink, which was at the Firehouse in downtown Lomita. In forty minutes, someone’s BAC can descend approximately 0.01% or rise easily from below 0.08% to 0.12% if the last drink was consumed just before leaving a bar.

Greg Hill argued that neither set of alcohol results should be trusted. The breath test results at the scene could not be trusted because the dispatch log and the police report showed the examining officer only waited about ten minutes before administering the breath test, which violates the fifteen minute minimum observation period required under Title 17 of the California Code as well as the suggested operating procedures promulgated by the PAS manufacturer.

Greg Hill then argued that the blood alcohol test results were unreliable because there was absolutely no chain of custody and the laboratory technician who supposedly analyzed the blood did not sign the results strip for over 24 hours following the chemical examination. A chain of custody is required under Title 17 as well as Bullcoming v New Mexico, a recent U.S. Supreme Court case concerning blood tests in DUI cases. Its cite is Bullcoming v. New Mexico (2011) 564 U.S. 647, 131 S. Ct. 2705; 180 L. Ed. 2d 610; 2011 U.S. LEXIS 4790.

While the District Attorney did not agree with such arguments, or at least would not admit to such an agreement, she agreed to dismiss three counts of the Complaint, two of which dealt with speeding (Vehicle Code § 22350) and failure to stop at a stop sign (Vehicle Code § 22450(a)).

It merits mention that while our client was allegedly driving 30 miles per hour over the speed limit while DUI on a city street, the Torrance District Attorney did not charge our client with violating Vehicle Code § 23582, which would carry with it a minimum sixty day county jail sentence.

The District Attorney refused to further negotiate on this case and our client declined to press the matter at trial, so our client accepted the improved plea bargain, which included a three month alcohol awareness program, fines of $390, plus penalties and assessments (which totaled approximately $1,600, less credit for one day in custody, or about $150), attendance at a Mothers Against Drunk Driving (MADD) Victim Impact Panel (VIP) meeting, a Hospital and Morgue (HAM) program and installation of an Interlock Ignition Device. Such terms were the minimum terms allowed for a first time DUI in Torrance.

For more information about a rising BAC defense, a first time DUI and an IID, click on the following articles: