Torrance, Client a Sheriff, Defrauding an Innkeeper, No Jail

Our client, age 35, went into the Torrance El Torito restaurant to enjoy a few margaritas and an appetizer.  It was early evening and she was alone.  She was then given the bill.

Summary:  Client, an LASD employee, arrested for defrauding an innkeeper by attempting to use another person’s ATM card at El Torito; charged with five counts, resolved for one misdemeanor count, no jail.

Our client then proceeded to the cash register and produced an ATM card that was not hers.  The name on the card was a Hispanic sounding name and our client certainly did not look Hispanic (it was later determined that the true owner of the ATM card had dropped it in the parking lot and our client picked it up).

When the card was declined, the El Torito employee asked our client if there was a problem with the card.  In response, our client then ran out the front door of the restaurant.

The El Torito manager caught our client in the parking lot and tackled her to the pavement.  She then sat on top of our client until police arrived.  Our client allegedly bit the El Torito employee and scratched her arms in the struggle.

The Torrance police arrived at the scene, arrested our client and held her on $20,000 bail.  Our client repeatedly pleaded with the police to let her go, saying she worked for the LA Sheriff’s Department.  She indeed had for six years as a civilian process server (for unlawful detainer actions and civil restraining orders, for example) before going on medical leave for a worker’s compensation claim.

Our client was bailed out and called Greg Hill & Associates.  Greg Hill met with the client and her sister.  Greg listened to the story and explained what defrauding an innkeeper and identity theft crimes required for a conviction, as well as the punishment possible.  Our client, not surprisingly, had no prior criminal history.

The Torrance City Prosecutor took a dim view of our client’s conduct because our client was an LA Sheriff’s Department employee.  She lectured Greg about how such a crime was especially bad because our client worked within the law enforcement system and yet apparently was willing to deliberately attempt to beat it, perhaps even using knowledge she had gained as a law enforcer to then ironically violate the law. 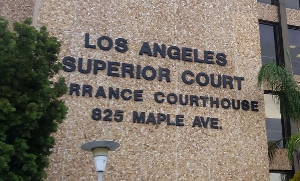 The initial offer of a plea bargain involved our client pleading no contest to two of the five charges, serving 45 days in the Los Angeles County Jail, paying a fine of $500, plus penalties and assessments (making the total payable over $2,400), payment of the $423 City of Torrance Booking fee, performing 30 days of Cal-Trans, restitution to the restaurant and 36 months of informal, or summary, probation.  It was going to be a very expensive meal at El Torito, in other words, not to mention making her career in law enforcement nothing but a memory.

Over the next three court appearances, stretching over three months, Greg was able to negotiate the plea bargain to no jail, thirty days of Cal-Trans, a $500 fine, plus penalties and assessments, payment of the booking fee and a plea to just one count.  The other four counts would be dismissed.

The client was happy with the reduction of the plea bargain and accepted the deal.  Her days in law enforcement were over, but not with serving time in the country jail, which she feared the most and for good reason.