Our client, age 28, was having marital difficulties with his wife, age 22.  His wife suspected him of having an affair, however, she had misinterpreted a single e-mail he sent to a co-worker.  The tension came to a boiling point on December 23, as the couple was driving through the Sleepy Hollow area of South Torrance where all the residents display Christmas lights in creative ways.

The area is bounded by Calle Mayor to the East, Pacific Coast Highway to the South, Prospect Avenue to the West and Palos Verdes Boulevard to the North.
As the couple was driving slowly through the area, the couple’s two year old son attempted to squirm out of his car seat.  He was crying loudly and our client reached to the backseat to push his son back into his seat.  The wife believed his use of force was excessive and yelled at him.

The couple then parked and decided to walk around the Christmas light area.  As they were walking, the two year old boy fell down.  Our client reached down and lifted him up by his jacket, which the wife told police caused the zipper on the boy’s jacket to cut into his throat. 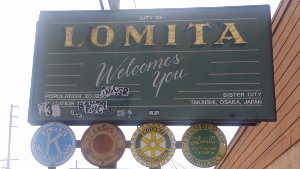 The couple continued bickering when they returned to their apartment in Torrance.  Finally, the wife announced that she was calling the police on her husband.

When the Torrance Police arrived, the wife stated that her husband had kicked, hit, slapped, pushed and even pinched their son all over his body.  The boy was asleep in just his diapers nearby, so police asked to look at the boy to see his injuries.  They noticed he had no signs of any injury the wife claimed.  Photographs taken at the home documented the lack of injuries.

The wife also told police that her husband had hit her on her left arm and punched her.  Police also took pictures of her arm and face, which both showed no signs of any injury.

The wife also told police that her husband had physically abused both her and the young boy for a year and a half.  Police apparently seemed skeptical.

Police then arrested our client and wrote up a lengthy police report. 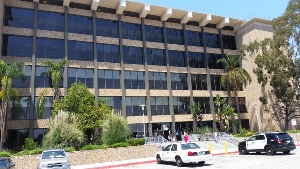 Torrance Superior Courthouse
The client first hired another attorney, but after three court appearances, fired him and hired Greg Hill & Associates instead.  At this point in time, the client had moved out of state.

Greg Hill first got a promise from the City Prosecutor that if the client performed 30 hours of community service and attend 20 batterer’s program classes, she would consider dismissing the case due the client’s immigration concerns (he was not a U.S. citizen).

The client, however, due to his busy school schedule and work schedule, was unable to complete the hours or classes described.  Greg Hill then wrote a lengthy defense position letter, including a discussion of the lack of evidence (the photographs showed nothing) and a description of the victims’ credibility issues (she had lied on numerous employment applications about a degree from a school which actually expelled her).

In response, the City Prosecutor did improve the plea bargain, but the client felt he must go to trial, as he knew his wife was lying.  It turned out that she had used almost the same story to police against her first husband, who was convicted and went to prison.

A jury trial was thus demanded and Greg prepared several motions in limine, one being to ask that the judge issue an order preventing the prosecution from introducing any evidence of prior uncharged (alleged) acts of domestic violence.  Such evidence in generally inadmissible under Evidence Code § 1109(b) to prove specific conduct on a future date, but can be introduced for the limited purpose to show that the defendant had an ability to act a certain way.  However, if the prosecution wished to introduce such evidence, it was required to give the defense notice of this intention no later than 30 days prior to trial (Penal Code § 1054.7).

In this case, the prosecution failed to give such notice, so Greg filed a motion in limine to preclude the introduction of such evidence.  The prosecutor read the motion, as well as one other important motion, and announced before a jury was summoned that it could not proceed.

The case was then dismissed and our client was very happy, as he no longer faced the consequences of having a conviction for child abuse, as well as spousal abuse, and all the immigration consequences, including removal, that might follow.