Our client, age 32, went to a family party with his boyfriend. Our client planned on drinking and his boyfriend could not because of medication that he was taking, which his doctor told him would not mix well with alcohol. So, our client’s boyfriend was going to be the designated driver.

As the two were returning from the party, they came to the end of the westbound 91 Freeway, where it become Artesia Boulevard and enters Gardena. At this point, our client’s car suddenly lost power and came to a rolling stop in lane one (the left-most lane) at the first traffic light after the end of the freeway.

In a Nutshell:  Client improperly arrested for DUI, his third DUI. He has a blood alcohol content (BAC) of 0.24%. He was also only four months into probation on his second DUI at the time. Case resolved for 120 days in county jail after our motion to suppress failed, but revealed the factual issues in the case.

Our client’s boyfriend told the police that he, not our client, was the driver, but the police did not listen to him at all, even saying, “how could you drive when you were in the back seat?”

The problem with this case from our client’s perspective was that our client was on probation for his second DUI, the conviction for which was only four months earlier. So, this new DUI was considered a third DUI.

The client called our office, quite distraught by being arrested for DUI when he was never driving, but only trying to restart his own car. Greg listened to the client explain what had happened and then described what could be done.

Greg first appeared at the arraignment in the Metropolitan Courthouse. As our client’s second DUI was out of the same courthouse, the probation violation hearing matter was calendared with the third DUI. 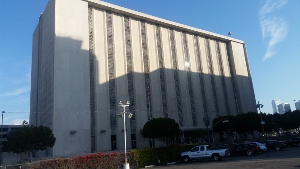 The initial offer from the City Attorney’s office was five years of summary probation including 180 days in county jail on the third DUI, plus another 120 days in county jail on the probation violation, plus a $500 fine (and add on penalties and assessments), plus attendance at the Hospital and Morgue (HAM) two-day program, as well as the Mothers Against Drunk Driving (MADD) Victim Impact Panel (VIP).

Greg then filed a motion to suppress the evidence of the client’s blood alcohol content (BAC) based on an improper arrest, not based on probable cause because the officers knew our client did not drive the car prior to it breaking down.

At the hearing on the motion, our client took the stand to testify he was never driving and that the officer’s question was unclear, so his answer was legally meaningless. Our office further argued that it was factually impossible to be DUI of a car that was inoperable (the CHP had to push the car off the freeway) and thus legally impossible, too.

The judge ruled that in considering the client’s response to the CHP’s question of “are you driving?” our client’s answer was to be given a common-sensical interpretation.

This reasoning was particularly troubling to us, as our client could not even be arrested for public intoxication, as he not blocking a public thoroughfare (he was only partially blocking it, but not due to his intoxication, i.e. laying in the street or walking down it).

In resolving the case, the City Attorney considered the factual issues of the case and improved the conditions of probation, lowering the jail term to the minimum for a third-time DUI (120 days) and deleting the 120 days on the probation violation, and also allowing our client to do just one SB38 program, not one for each conviction.

The client did appreciate how the sentence was improved and happy that Greg had filed the motion to suppress, even though it was denied.

For more information about third-time DUI issues, please click on the following articles: