Our client, to put it gently, liked to drink. One evening, he drank a 40-ounce Old English (7.5% alcohol content), followed by another bottle “just to get a quick buzz” after work. 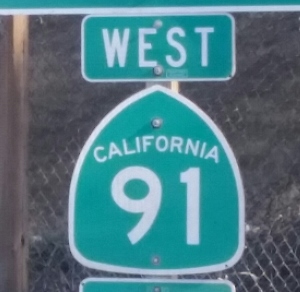 On his way home, as is not uncommon with our clients that drive after drinking, he did not realize his car had almost no gas and it did in fact run out of gas on the transition ramp from the eastbound 105 Freeway to the northbound 110 Freeway.

Condensed Version of This Case:  Client runs out of gas on 110 Freeway and CHP stops to check on our client. He was on probation with a six year joint suspended at the time. He also had a DUI from three months and five months earlier, making this his third DUI. Case resolved in the Metropolitan Courthouse for 300 days total in county jail (210 for the open case and 90 days for the probation violation).

He was in the left-most lane and pulled over to the left. The CHP happened upon him and his car within minutes. Our client explained that he had run out of gas, but that his brother was fetching some gas and his brother was the driver earlier. Upon further questioning, the client changed his story and said that his girlfriend was driving the car, but that she left. When asked how she left, our client said, “I don’t know. Maybe a friend of hers picked her up.”

While such poor credibility might seem to undermine our client’s case, especially because he had a DUI from just three months earlier, it was not as bad as what was really happening in the client’s life.

In reality, after he suffered this arrest for a third DUI, he suffered a further arrest for DUI, with a car accident in Torrance, but the Metropolitan Court City Attorney did not notice this in the rap sheet he provided Greg Hill in court. The City Attorney also overlooked that our client was on probation for a residential burglary in downtown Los Angeles and had a six-year joint suspended sentence hanging over him. The City Attorney only knew that our client had a prior DUI from several months earlier and assumed this was all our client had in his criminal history, besides his first DUI five years prior.

When Greg went to the Metropolitan Court and discussed the case with the young City Attorney, Greg became aware that the young lawyer was unaware of the full scope of legal issues facing our client and that certainly would affect sentencing.

At this point in the case, the initial offer was 250 days in county jail for the third-time DUI and 90 days on the probation violation from three months earlier. The offer involved no probation upon release from custody, no fines and no classes (although he would have to do the 18-month program for the DMV to get his license).

In time, Greg was able to plea bargain the 250 days to 210 days by arguing that the client appeared to have a rising BAC defense, insofar as he candidly conceded to the officer that he drank two 40-ounce Old English rather quickly “just to get a quick buzz” before driving.

The City Attorney would not budge on the 90-day offer for the probation violation, however, so the client did agree to resolve the case for a total of 300 days in county jail for both the open third-time DUI and the probation violation. To some, this might not look like a good deal through a narrow view of the facts, but if one considered the subsequent DUI arrest (a fourth, but Greg represented the client on this, which Greg resolved as a misdemeanor third-time DUI quite luckily and not a felony) and the six-year joint suspended hanging over our client’s head, 300 days was a steal.

Moreover, our client had 71 actual days of credit, so with good-time, work-time credits applicable under Penal Code § 4019, he was entitled to 141 days total credit toward the 300 days, leaving just 159 total days, which meant a maximum of 79 more days in custody. The client was very happy with this deal, knowing he would possibly be out very soon.

For more information about third DUI and 14601 (driving on a suspended license) issues, please click on the following articles: