The prosecution of such defendants is problematic for both defendant and the prosecution and due to the defendant’s history, prosecutors will insist upon a more thorough vetting of the facts before engaging in any plea bargaining of substance.

In a Nutshell:  Client accused of domestic violence a third time, the second time with the same woman.  Our client had a prior strike conviction and had been to prison for two years for domestic violence, but in this case, we negotiated a joint suspended, sparing our client from more time in custody.

In the following case, our client, age 35, had a child with a woman age 22.  They were not married and she lived in Riverside, while he lived in an unincorporated area north of Gardena.  A few days after Christmas, she called up our client to ask whether he had any Christmas presents for her and the child, which the client indeed had bought.

The mother and our client had a history of minor domestic violence.  Four years earlier, he had argued with her and she left his house in anger.  He had followed her outside, grabbing her by her sweatshirt and in response, she fell down.  A passing motorist observed the incident and called the police.

In this prior case, the client was sentenced to two years in state prison, mostly because he has a prior strike conviction for residential burglary (the strike doubled the sentence normally, but our office filed a Romero motion to “strike the strike,” which was granted).  Yet it was his second domestic violence conviction, as two years earlier he had suffered a misdemeanor conviction in a very serious case with another woman.

The client also had several minor convictions for marijuana possession and one DUI.

Fast forward to the case at hand.  When the 22-year old mom came to our client’s home in an unincorporated area north of Gardena to collect her Christmas presents, she opened the presents.  She did not like one of the presents and made a face like she had just drank sour milk.

The client then asked the mom to speak to him in private in his bedroom after this expression.  Other witnesses in the gift-giving exchange said they saw the mom push our client into the room and that she closed the door.  The witnesses then heard yelling and our client saying, “Don’t hit me, stop hitting me!”  Our client then emerged from the bedroom bleeding on his face with a long scratch on his nose and cheek, a cut lip where he was obviously punched, as well as scratches bleeding on his chest.

The mom emerged with no visible injuries of any sort.  She gathered up the gifts for her and the baby and rushed out of the house.

As she left, she told our client that she was going to take all his money and leave him nothing. 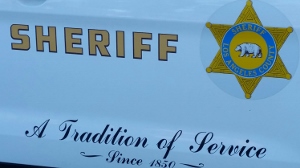 Greg met with the client and the handling detective at the station that afternoon.

The handling detective initially ruled that the case would be a “no file,” but the Inglewood DA’s office filed the case anyways.

The charges were for a felony violation of Penal Code § 273.5, felony false imprisonment (Penal Code § 236) and criminal threats (Penal Code § 422).  The initial offer was 9 years in state prison, calculated as a plea to 273.5 for the max term of four years, doubled due to the prior strike, plus one year for the prison prior within five years.

The case weaved its way through the Inglewood court and then to the Torrance Courthouse after the preliminary hearing.

Greg wrote a detailed Defense Position Letter with a mitigation packet that showed our client’s good side and explained his history.  Greg then met with the handling prosecutor and her supervisor one afternoon.

The meeting went surprisingly well, insofar as the head prosecutor offered to allow our client to visit the office and be a “King for a Day,” wherein he would be able to explain himself off the record.  While our office was coordinating this visit, the prosecutors met with the alleged victim, too, first.
After this meeting with the alleged victim, the handling prosecutor called Greg to advise that based on the meeting, they had decided to accept Greg’s counteroffer of no prison, but a joint suspended sentence of five years and five years of formal probation and taking 52 batterers program classes.

This was a remarkable resolution due this being our client’s third domestic violence conviction.  The client was extremely happy with this resolution.