Home
Other Information
Criminal Defense Articles
The Police Asked Me to Be an Informant - Should I?

The Police Asked Me to Be an Informant - Should I?

The activities of an informant are glamorized in movies and on television as dangerous, exciting, and dramatic.  Sometimes, the individual will make a purchase of a controlled substance, also known as a “controlled buy.”  This can be quite risky.  Moreover, the informant may become the key witness everyone relies upon, so they are respected as powerful.
Police appreciate this image of an informant, so it is not uncommon for police to appeal to this sense of adventure in saying, “Give us three [suspects] and we’ll set you free.”  Being “set free” is undeniably also a good thing when one is obviously guilty and years in prison are a real possibility.  This promise from police can sound enticing and attractive – and the criminal case one if facing will be dropped, right?  What could be better?

The Gist of This Article:  When police propose that a suspect serve as an informant in exchange for “dropping charges” or making sure a minimum sentence is the punishment, do not accept such an offer without it being in writing with the district attorney signing the agreement.  This may complicate the process or frustrate the police, but such an offer of leniency by being an informant is otherwise unenforceable.  Do not trust the police to honor such an agreement unless it is in writing and signed by the prosecutor who has control over charges being filed.

The client may be facing arrest for possession (of illegal drugs) for sales and is no longer eligible for Prop 36 or PC 1000 diversion programs.  The police may be aware of this.  There may be other crimes involved that further disqualify one from diversion.  The client also may have been caught “red-handed” and without any real defense.  Or the client may be young and naïve enough for the police to manipulate into unwanted confessions.  Lastly, the client may be facing a third strike with an indeterminate sentence of twenty-five years to life. 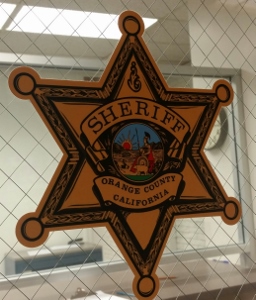 In short, police may have an anxious, legitimately worried individual eager to reduce his exposure or walk out of the police station.  The fundamental problem, however, with the police offer of being an informant is that the police are neither the prosecutor nor the judge.  The police do not have such power.  They cannot control the district attorney or the judge just because they wear a uniform and drive a police car.
While exceptions do exist, our office has found that it is foolish to believe anything the police promise in the course of their investigation unless it is in writing and signed by a prosecutor, with the individual’s attorney present, often with a court reporter also present.  This can be time-consuming to arrange, as it usually involves the head prosecutor for a certain courthouse or even the county.
It is vitally important that the informant have protection from prosecution for information beyond a mere oral promise.  Such an oral promise can be denied as having ever been given.  Likewise, police can claim (perhaps falsely) that the information provided is information they already know or would have been inevitably discovered.  However, the information provided by the client will only increase the number of charges the client faces to prove knowledge or being an accessory or aider and abettor.

For a binding, valid informant agreement to exist, we strongly recommend that the agreement be in writing and that the client be provided a copy of such an agreement.  The prosecution must acknowledge in writing that the relationship is formed because the state needs information about suspected criminal activities without the knowledge or consent of the suspect or suspects.  The agreement must obligate the prosecution to keep the informant’s identity confidential (for his or her safety).  It also must be specifically stated that the agreement is entered into by the client in exchange for leniency in punishment or immunity.  Often, a felony is reduced to a misdemeanor in appreciation for information provided.
The agreement may specify that the information that the informant provides must be sufficient for use in an affidavit for a search warrant.  The most common use of such affidavits is for search warrants related to narcotics sales, weapons sales, animal cruelty or any other type of recurring criminal conduct.