The early eligibility for parole provisions of Proposition 57, as the reader may be aware, are not available to everyone.  After all, Proposition 57 is titled The Public Safety and Rehabilitation Act of 2016.  Early consideration for parole is available to certain “nonviolent offenders” upon completion of the full term for his or her primary offense.  The 2016 law then directed the Department of Corrections and Rehabilitation to adopt regulations in furtherance of these provisions.

Brief Synopsis: Every sex offender cannot be excluded from early parole consideration under Proposition 57, but those who committed violent offenses may.

The final regulations provided that nonviolent offenders, as defined by Title 15, § 3490, shall be eligible for early parole consideration, except inmates “convicted of a sexual offense that currently requires or will require registration as a sex offender under the Sex Offender Registration Act, codified in sections 290 through 290.024 of the Penal Code.”  The final statement of reasons supporting the permanent regulations provided the Department’s reasons for excluding sex offenders from the early parole process: “Public safety requires that sex offenders be excluded from nonviolent parole consideration.”

In April of 2017, John Doe and the Alliance for Constitutional Sex Offense Laws (collectively Alliance) filed a petition for mandate in the superior court challenging the Department’s definition of a “nonviolent offender” as categorically excluding sex offenders required to register under Penal Code § 290 regardless of whether California law defines their crimes as “violent.” 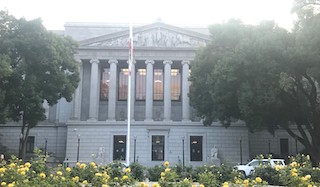 Court of Appeal Third Appellate District Sacramento
The Department of Corrections and Rehabilitation responded that Proposition 57 did not define “nonviolent offense,” but rather provided the Department with broad discretion to achieve its stated intent and to protect and enhance public safety.

The Department then appealed to the Third Appellate District Court of Appeal in Sacramento.

The Third Appellate District affirmed the trial court, finding that the plain language of the statute conflicts with the Department’s regulations.  The appellate court found that Proposition 57 “unequivocally” states that any person convicted of a nonviolent felony offense and sentenced to state prison shall be eligible for parole consideration after completing the full term or his or her primary offense.”  The appellate court was quite critical of the Department of Corrections and Rehabilitation for “adding words to an unambiguous statute.”  People v. Hunt (1999) 74 Cal.App.4th 939, 946.  There is no qualifying provision permitting the Department to draft regulations excluding classes of nonviolent offenders based on their likelihood of recidivism or any other public safety consideration, the court noted.

Moreover, enhancing public safety is not the only goal of Proposition 57.  The Department’s regulation would adversely affect Prop 57’s other goals, which section 5 states, “shall be construed broadly to accomplish it purposes.”  Restricting the number of inmates who are eligible does not broadly construe the stated goals of the proposition.

Lastly, in a footnote, the appellate court stated that it takes no position on the Department’s “contention” that inmates convicted of nonviolent sex offenses are more likely to reoffend than other inmates.

We bring this case summary to the reader’s attention because, we believe in the case of sex offenders, often the families abandon the defendant and would not challenge such a denial of rights under Proposition 57.  This case should bring such families who have not abandoned their loved one a sense of justice.
The citation for the Third Appellate District Court ruling discussed above is Alliance for Constitutional Sex Offense Laws v. California Department of Corrections and Rehabilitation (3d App. Dist., 2020) 45 Cal. App. 5th 225.
For more information about Proposition 57 eligiblity issues, please click on the following articles:
Contact us.
Serving Torrance, Long Beach, Compton, Airport Courthouses and Other Courthouses.